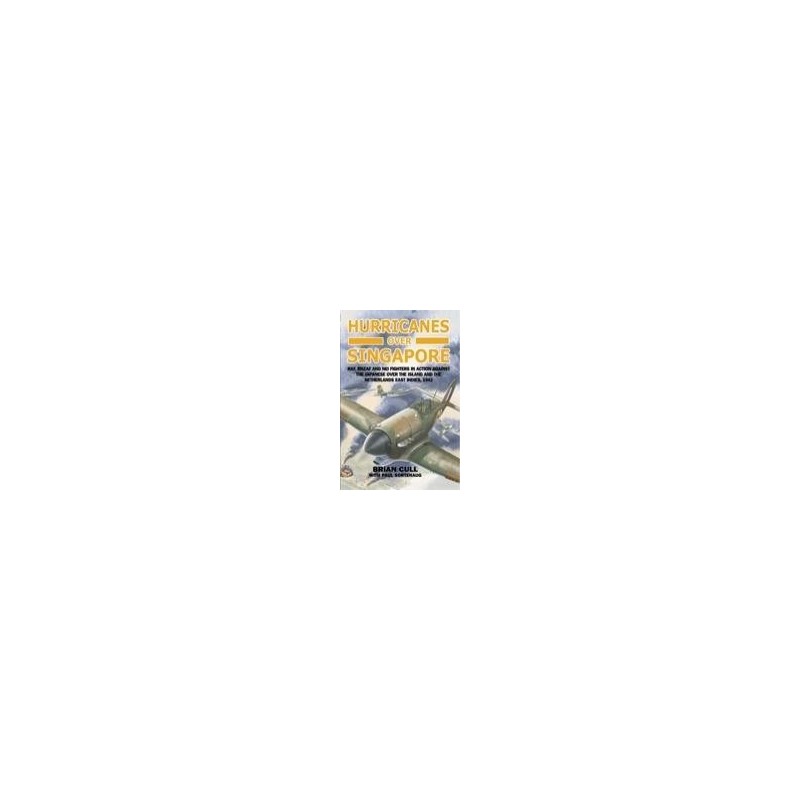 HURRICANES OVER SINGAPORE. RAF, RNZAF and NEI Fighters in action against the....

- Hurricanes over Singapore is the companion volume to the successful Buffaloes over Singapore published in 2003. It continues the story of the RAF's gallant but futile attempt to stop the might of the Japanese invasion force in its quest to conquer not only Singapore, but also Sumatra and Java and all the other islands that constituted the Netherlands East Indies.

The Hurricanes went into action over Singapore on 20 January 1942 and the last two aircraft made the final flight at Java on 8 March that year. During the intervening time the Hurricane pilots and ground crew - British, New Zealanders, Australians, Canadians, Dutch and Americans - gave their all, with many making the supreme sacrifice. The majority of survivors would spend the next 3 1/2 years as prisoners of the Japanese - and some of their heart-rending stories are detailed here.

This expertly researched account, the most comprehensive to date, and accompanied by rare photographs, is told wherever possible by the pilots themselves, the majority of whom were young and inexperienced. Their efforts should not be forgotten and this book is a dispassionate tribute to those who fell in battle, those who died as prisoners and those who survived the trials and tribulations of imprisonment.

Brian Cull is a highly respected Grub Street author with past publications such as Hurricanes over Tobruk, Hurricanes over Malta, Spitfires over Sicily and Buffaloes over Singapore to his credit.

HURRICANES OVER SINGAPORE. RAF, RNZAF and NEI Fighters in action against the....