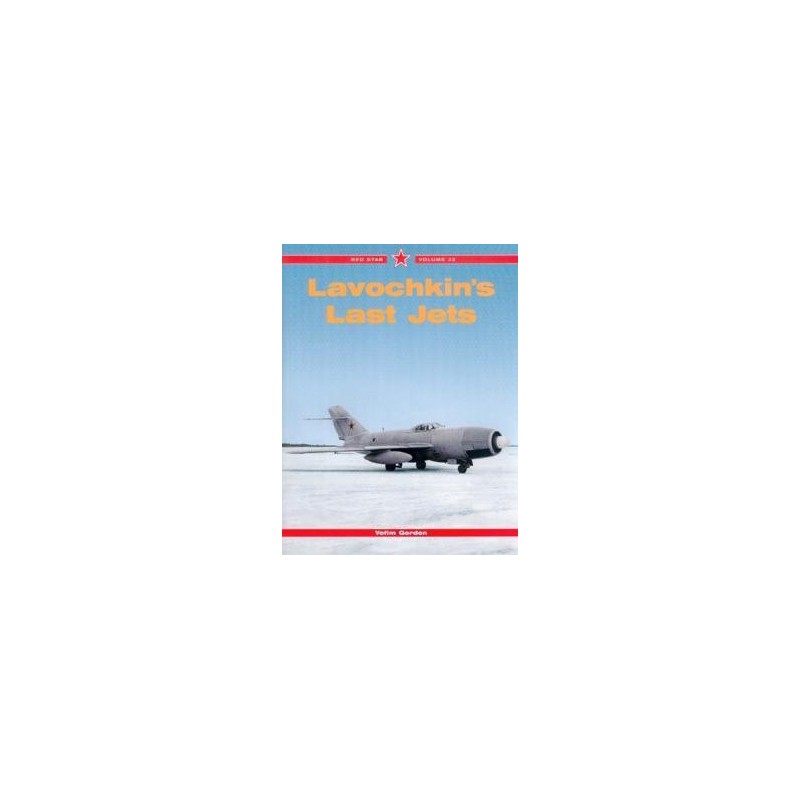 - Whilst the Lavochkin bureau is one of the less well known Soviet aircraft design teams, it was at the forefront of the Soviet supersonic jet fighter programme from the late 1940s onwards and produced a number of interesting aircraft from the fantail La-15, a contemporary of the MiG-15, to the La-250, which appeared in 1956/57. 171 b/w photos and 3pp colour. 19pp line drawings. 128 pages. Softback.

This title has not yet been published. Your order will be recorded and the book supplied as soon as it becomes available. Your credit/debit card will not be charged until the book is available for dispatch