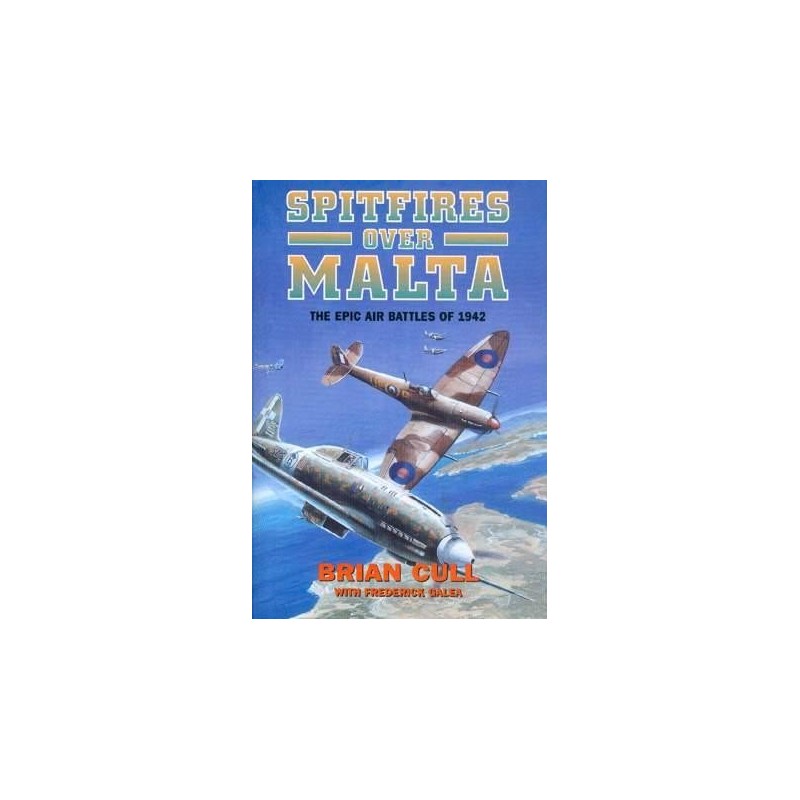 SPITFIRES OVER MALTA. The Epic Air Battles of 1942.

- This book tells the story of the RAF's gallant stand in 1942 to hold Malta against all odds and to save the island from invasion, which, had it happened could have changed the whole course of the war in the Middle East. Between March and October 1942, some 400 Spitfires reached the beleaguered island, flown mainly from the decks of aircraft carriers that had ventured at great risk into the hostile waters of the Mediterranean. Once established on the three bomb-scarred airfields of Luqa, Takali and Hal Far, the Spitfires flew daily sorties to repel the might of the Luftwaffe and Regia Aeronautica based in Sicily, just 60 miles away.

The cost was high. Very few of the Spitfires survived more than a few weeks, sometimes only days. Moreover, almost 100 Spitfire pilots paid the supreme price, young men from Britain, Canada, Australia, New Zealand, Rhodesia, together with volunteers from the United States serving with the RAF or RCAF.

At times the fighting was intense. In April 1942, Malta suffered a greater tonnage of bombs than the UK did in any one month at the height of the Battle of Britain. More than 1,000 Maltese civilians lost their lives in 1942. But the sacrifice was not in vain. Malta held out and finally the Luftwaffe and Regia Aeronautica conceded the battle was lost with Malta's Spitfire pilots being credited with at least 600 aerial victories during this period.

Told in the author's customary authoritative style, this well-researched, well-written and very detailed book is accompanied by rare photos and contains much new material, especially from the logbooks and diaries of the pilots themselves.

SPITFIRES OVER MALTA. The Epic Air Battles of 1942.