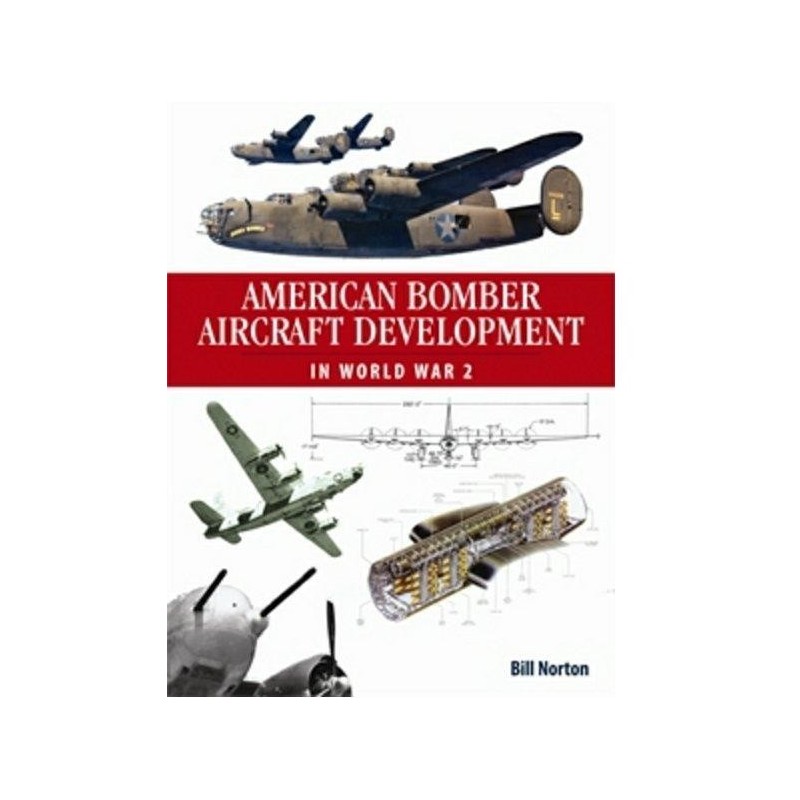 This title gives a new perspective on the development of US bomber aircraft during World War 2. It reveals how the intense combat pressures of the war accelerated the scientific and technological advances of aeronautics, propulsion, aircraft systems, avionics and ordnance. Extensively researched, this detailed study of both the US Army and Naval air forces is packed with three-view drawings and rare photographs including many little-known experimental aircraft plus unusual variants, with every aircraft illustrated.

The book follows a logical path to show how projects were selected from the multitude of design concepts and proposals put forward at the time. This enables the author to give detailed coverage of the programmes that advanced beyond the preliminary stages and contributed to the rapid developments in all aspects of bomber design during the war.

The author discusses the technological maturation of US bombers with emphasis on high technology and experimental models. The war years were particularly noted for the rapid advance of electronic navigation, communications, radar, and electronic warfare that greatly aided mission success. The bold moves to long-range heavy bombers and super-heavy intercontinental bombers (the latter solely an American undertaking) further spurred system-intensive aircraft that were important transitions to the jet bombers that followed.

How all this work contributed to actual fielded weapon systems is of particular note, with discussions of failures, course changes, and close-run competitions. The effects of interaction with other Allies, knowledge of enemy systems and the reaction by the US and Allied forces to their introduction, and the effect of mobilizing the nation's industries for total war are also examined. The book concludes with an examination of the ultimate achievement of Allied air superiority in the war and its dependence on all of these factors, together with consideration of the effects of emergency measures, haste, budgets, resources, evolving doctrine and strategy, the general course of the war and leadership biases.