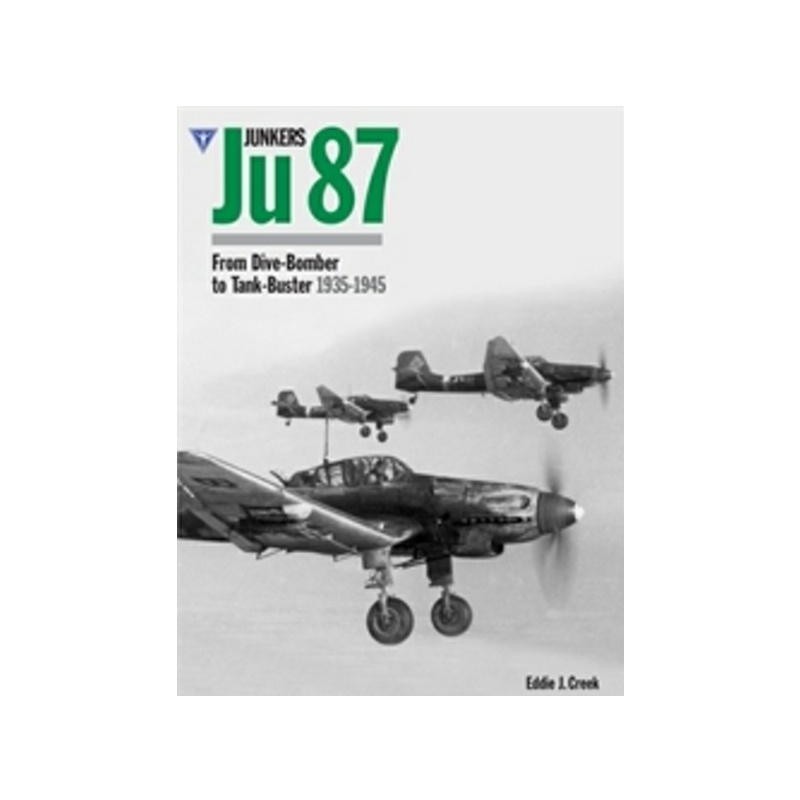 This large format hardback is packed extensively with information on the Ju87 Stuka. Highly illustrated, it represents a detailed reference work to be used by enthusiasts and modellers as a 'one-stop' easy access to information for one of the most well known aircraft of World War 2. The author's research means that this will be the must-have book for all enthusiasts of the Ju87 Stuka. Unquestionably, the Junkers Ju 87 was one of the most devastatingly effective and psychologically terrifying weapons of war ever produced. The howl of its sirens during a dive-bombing attack struck fear into those on the ground, the aircraft possessing an uncanny knack of making each human feel as if he was the intended target. Spearheading the German advances in Poland, Norway, the Low Countries, France and the Battle of Britain, the Mediterranean and Russia between 1939-1943, the Luftwaffe's Ju 87 Stuka became synonymous with the art of Blitzkrieg 'Lightning' warfare. Next to the fighter aces, it was perhaps the Stuka crews who were held in the highest esteem by both German commanders and the German people and their accomplishments became legendary. Stuka aces such as Oskar Dinort, Werner Hozzel, Ernst Kupfer and Hans-Ulrich Rudel were just some accredited with the destruction of literally hundreds of enemy tanks, vehicles and ships as well as locomotives and bridges.

This detailed reference book is the most complete history currently in the market and covers the subject from the development stages and then the start of production in 1937 to Rudel's last flight surrendering to the US forces at Kitzingen. The book contains more than 400 photographs diagrams and technical drawings including those showing factory and construction, close ups of weapons and equipment and operational units. It also contains 26 colour profiles and is also supported by a detailed information containing information on foreign use, camouflage and markings and handbook illustrations. This will be 'the' book sought after by aviation enthusiasts and modellers this year.