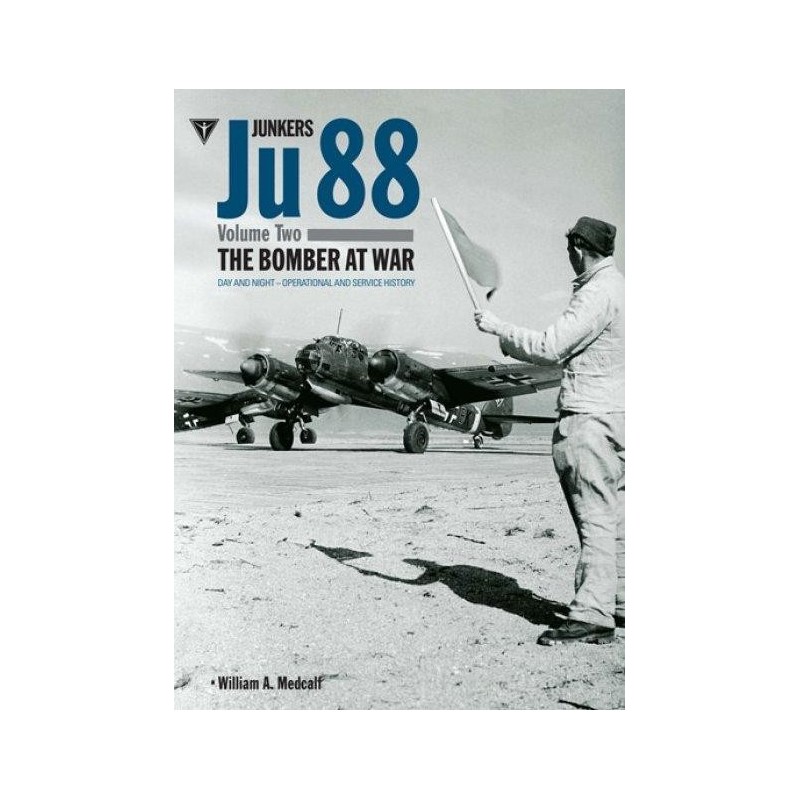 This is the second in a comprehensive study of the development and operational history of the Junkers Ju 88, exploring the many variants of this famous Luftwaffe multi-role aircraft. The text is supported by several hundred rare photographs, manufacturer's handbook data, drawings and specially commissioned colour artwork, and it represents the most detailed study of the Ju88 ever published. The second volume gives a detailed examination of its operational and service history from 1939 and covers all theatres concentrating on its main role as a bomber to the end of World War 2, including service with other nations.

The Ju 88 was probably the finest aircraft to serve in the Luftwaffe bomber force, but its design, construction and speed meant that it was adaptable as a night-fighter, heavy-fighter, torpedo-bomber and reconnaissance aircraft. This high-performance aircraft entered service in limited numbers during the campaign over Poland in 1939, but subsequently flew with distinction on every battle front on which the Luftwaffe operated throughout World War 2, from the early Blitzkrieg campaigns of 1939/40 though the Mediterranean and the vast theatre that was Russia. It was the very backbone of the Luftwaffe for much of World War 2.

Its appeal as a combat aircraft - especially to modellers - was due to its widely dispersed service, its variants (including the Ju 188 and Ju288, which are also covered), the wide array of armament and equipment with which it was fitted, as well as its various markings and camouflage schemes.