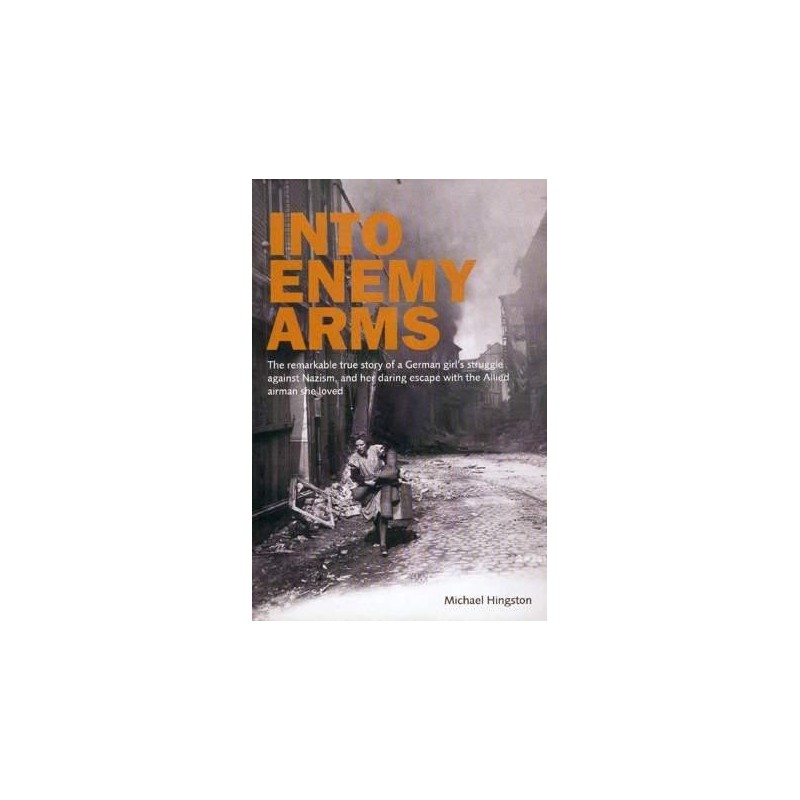 INTO ENEMY ARMS. The remarkable true story of a German girl's ....

- Ditha Bruncels detailed memory of living in Germany during the Second World War provides a rare, first-hand insight into the day-to-day struggle against Nazi oppression, when even small acts of defiance or resistance carried great personal risk.

In 1945 Ditha was living with her parents in the small town of Lossen, in Upper Silesia. Close Jewish friends had vanished, swastikas hung from every building, and neighbours were disappearing in the middle of the night. At the same time more than one thousand, five hundred British and Commonwealth airmen were being marched out of Stalag Luft VII, a POW camp in Upper Silesia. Twenty three of these prisoners managed to escape from the marching column and by chance hobbled into Lossen. One amongst them, Warrant Officer Gordon Slowey, was the man Ditha was destined to meet and fall in love with.

This book tells the extraordinary story of Ditha and the escaped POWs she helped to save. Together they embarked on a dangerous and daring flight out of Germany. As they faced exhaustion, hunger, extreme cold and the constant risk of discovery, Ditha and Gordons love for one another intensified, and so did their determination to survive and escape together.

INTO ENEMY ARMS. The remarkable true story of a German girl's ....