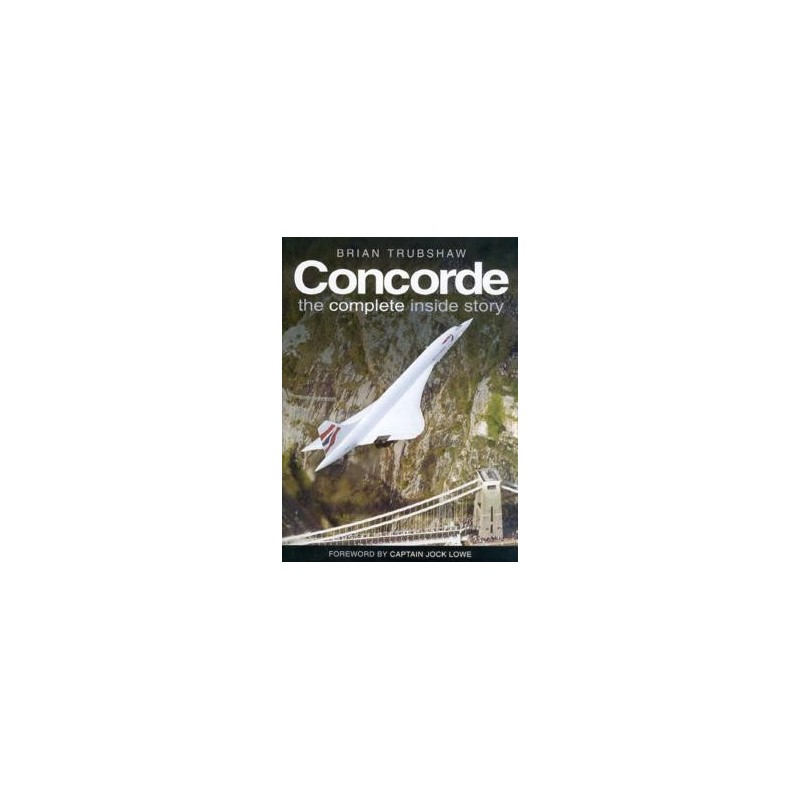 CONCORDE. The complete inside story.

When British Airways and Air France announced that Concorde was to be retired from service in October 2003, it signalled the end of nearly three decades of supersonic passenger flights. Concorde had flown for years without a major incident. But in July 2000, an Air France Concorde crashed near Paris, killing all 109 people on board and four on the ground. By the time the modified aircraft went back into service in November 2001, both BA and Air France faced mounting problems, which spelled the end for Concorde.

As the former British chief test pilot, Brian Trubshaw's close association with Concorde placed him in the unique position of being able to write the inside story of this world-famous supersonic passenger jet. He piloted the world's first (and only) supersonic passenger transport aircraft on its British maiden flight from Filton in 1969, and remained a key member of the Concorde programme after the aircraft entered airline service in 1976. Brian was closely involved in the exhaustive investigations into the 2000 tragedy. Illustrated with 200 photographs and illustrations, including 100 in colour, this updated edition covers the Paris crash, Concorde's brief return to service and its decommissioning in 2004.

CONCORDE. The complete inside story.