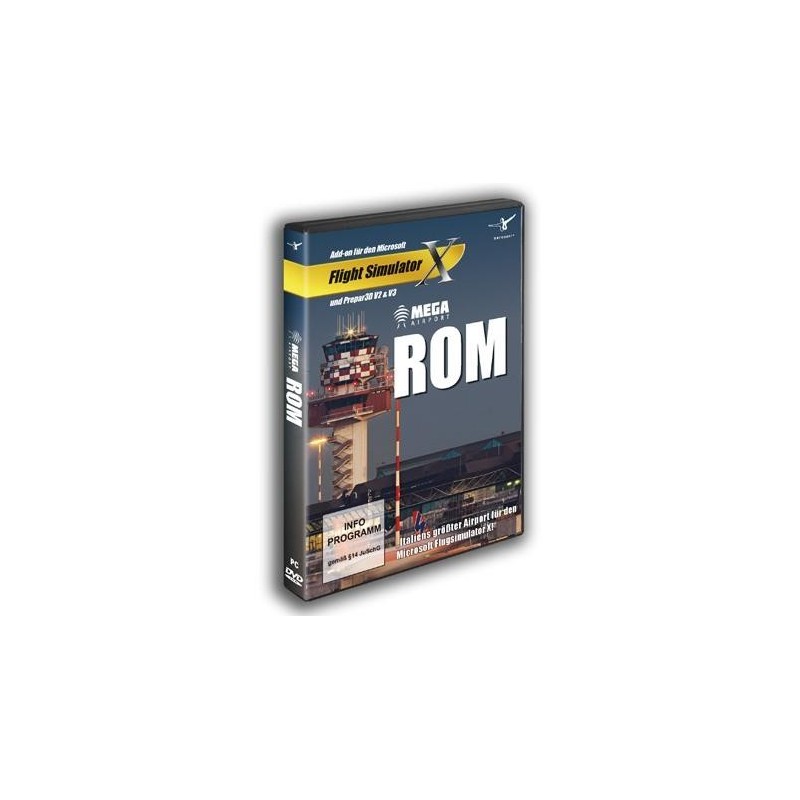 L`Aeroporto di Roma-Fiumicino "Leonardo da Vinci" - this new Mega Airport not only sounds like "La Dolce Vita", it takes you right into the heart of Italy and into the "Eternal City"!

The perfect rendition of the eight-largest airport in Europe comes with custom objects for the capital airport. High resolution ground textures, night lighting and realistic shadows help establish a faithfully developed scenery for FSX and P3D. Adding to that, AESLite is included for active ground vehicle traffic.

The Airport Rome-Fiumicino looks back to a lively past. Originally planned from 1939, the project was abandoned due to the Second World War. In 1947, construction began anew, but it dragged on for 13 years. The airport was officially inaugurated in 1960. The following decades saw several new boarding bridges and piers being added, until the connected, semicircular terminal building of today was finished.

- Realistic shadow rendition on all 3D objects and ground

- Great balance between quality and performance

- Compatible to FSX and Prepar3D v2 or v3