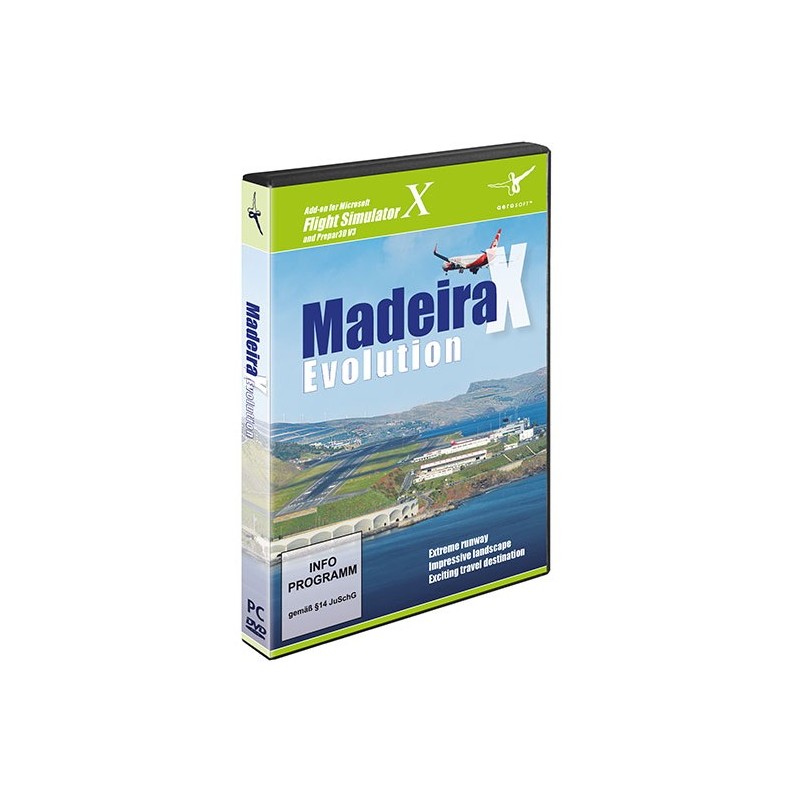 Possible wind shear due to its location right on a cliff line, no instrument landing system and a steep turn before the final approach – Funchal Madeira is considered a very demanding airport.

The add-on Madeira X Evolution is a challenge for virtual pilots to prove their landing skills. Besides the main airport at Funchal, featuring lots of details with the terminal being in the state of spring 2016, we´ve also included the oldest airport of the archipelago on Porto Santo.

The add-on is also compatible with AI Traffic, GSX and SODE v1.4.2.

- New changes made to the terminal finished in spring 2016