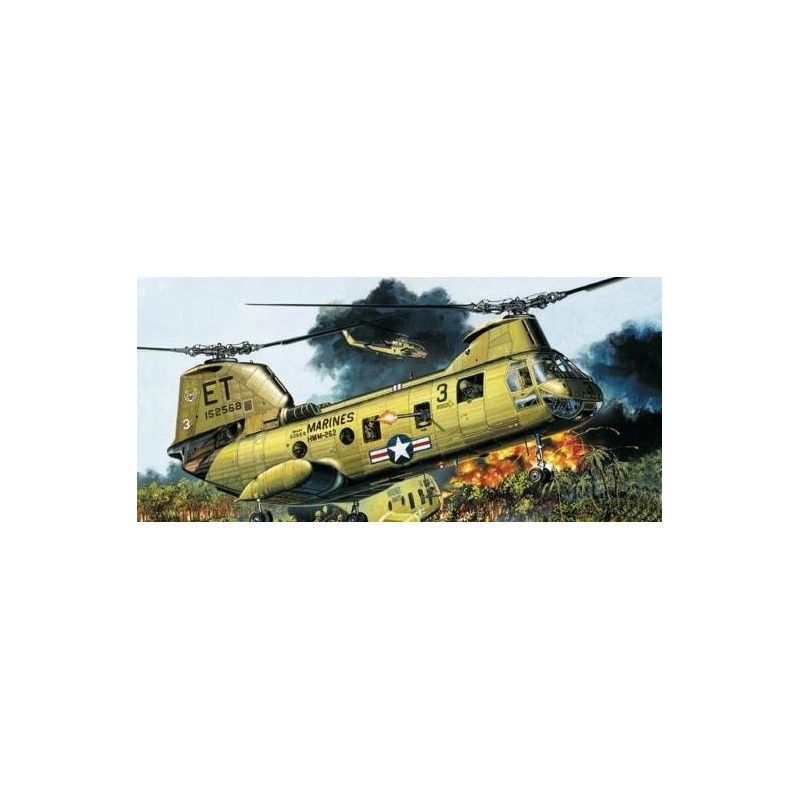 The CH-46 Sea Knight was first procured in 1964 to meet the medium-lift combat assault requirements of the United States Marine Corp in Viet Nam. It was to replace piston-engine types then in use. The CH-46 was a versatile workhorse with the capability to transport Marines ashore during an amphibious invasion and to move equipment, weapons and supplies. An initial purchase of 266 CH-46A's for the Marines was followed by 24 UH-46A's for the U.S. NAVY. Production continued in subsequent years, along with modifications to improve some of the CH-46's characteristics. With service in SE Asia came installation of guns and armor along with uprated engines.

Externally similar to the CH-46A, the improved CH-46D featured a longer tail pylon. During it's service in VietNam the CH-46 was often flown without some or all of it's round cabin windows. The U.S. Marines received 266 improved CH-46D's with 10 UH-46D's going to the NAVY.