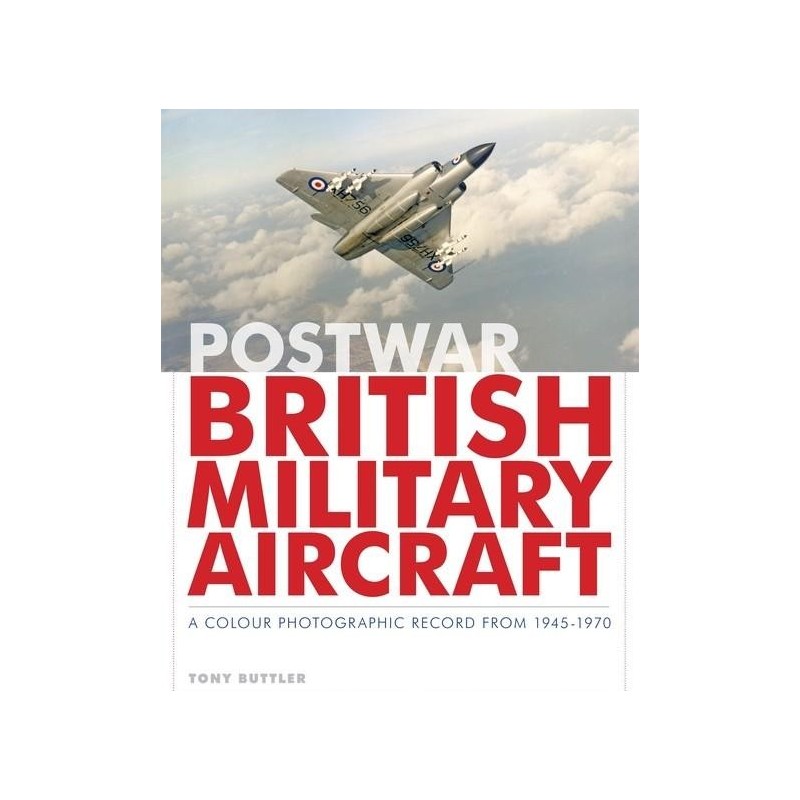 In the two decades that followed World War 2, British designed and constructed military aircraft were still at the forefront of aviation technology. Today there is huge interest in this postwar, Cold War era, when Britain still had a strong military aviation industry which produced aircraft not only for the RAF and Royal Navy but for air forces around the world.

Tony Buttler has been collecting rare colour photographs of these aircraft over many years and this book will provide a complete photographic survey of all the manufacturers and the major aircraft in a variety of markings as well as many rare types and prototypes that flew.

The photographs date from the late 1940s through to the 1960s, many of them taken at the airshows of the period, but also include air-to-air photographs. Aircraft shown include piston and jet, fighters and bombers, and range from the Mosquito, Lincoln, Spitfire, York and Beaufighter in the late 1940s or early 1950s to the Tempest, Fury, Shackleton, Hunter, Javelin, Sea Vixen, Swift, Hornet, Vulcan, Victor, Valiant, Vampire, Sunderland, Firebrand, Warwick, Saunders Roe flying boat, Firefly, the Black Arrows and so on.

The book has an introductory text for each manufacturer, alongside documents giving official colour descriptions of the aircraft. It includes a variety of previously unpublished colour photographs with detailed captions, making this a work of reference, which will be of great interest to aviation enthusiasts and historians.