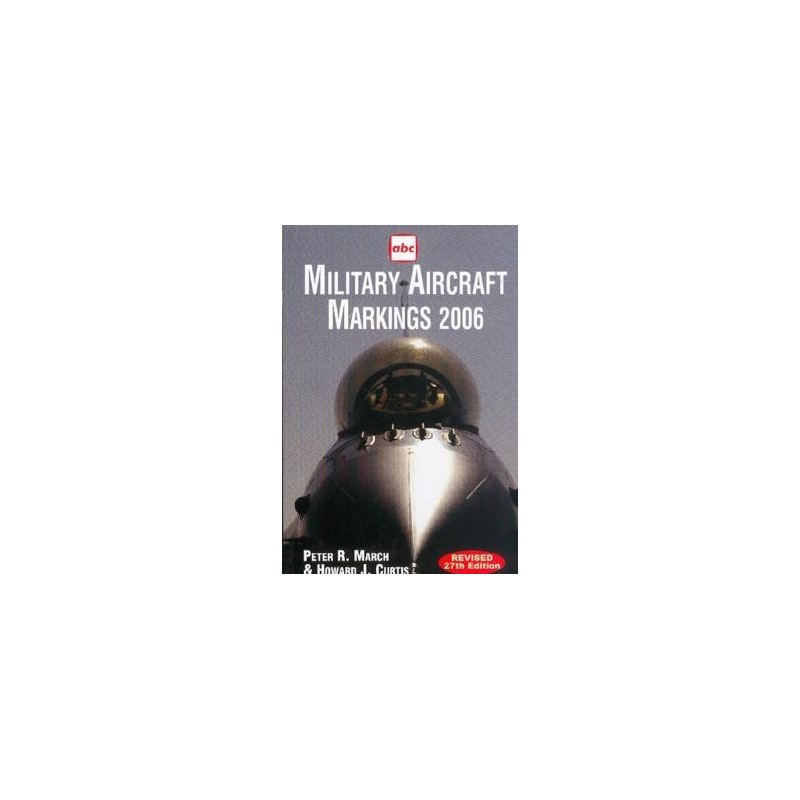 The new edition of abc Military Aircraft Markings has been fully revised to include the many changes that have affected military aircraft serials over the past year. The last decade has witnessed a dramatic shift in the focus of Britains military air power: the threat posed by the Warsaw Pact being replaced by peace keeping and peace implementation roles throughout the world. Significant commitments remain, in the South Atlantic and in the on-going war against terrorism. The role of air power in the continuing conflict in Iraq remains crucial. As the Typhoon enters squadron service, much admired types such as the Sea Harrier and the Jaguar, are being phased out. abc Military Aircraft Markings offers a comprehensive listing of all of Britains military aircraft and helicopters. Apart from the RAF, it also includes information on the aircraft of the Royal Navy, the Army Air Corps, the USAF in Britain and Europe, the Irish Air Corps, Western European air forces and much else. Like its companion volume, Civil Aircraft Markings, from this edition on, the book will appear under the Midland imprint.