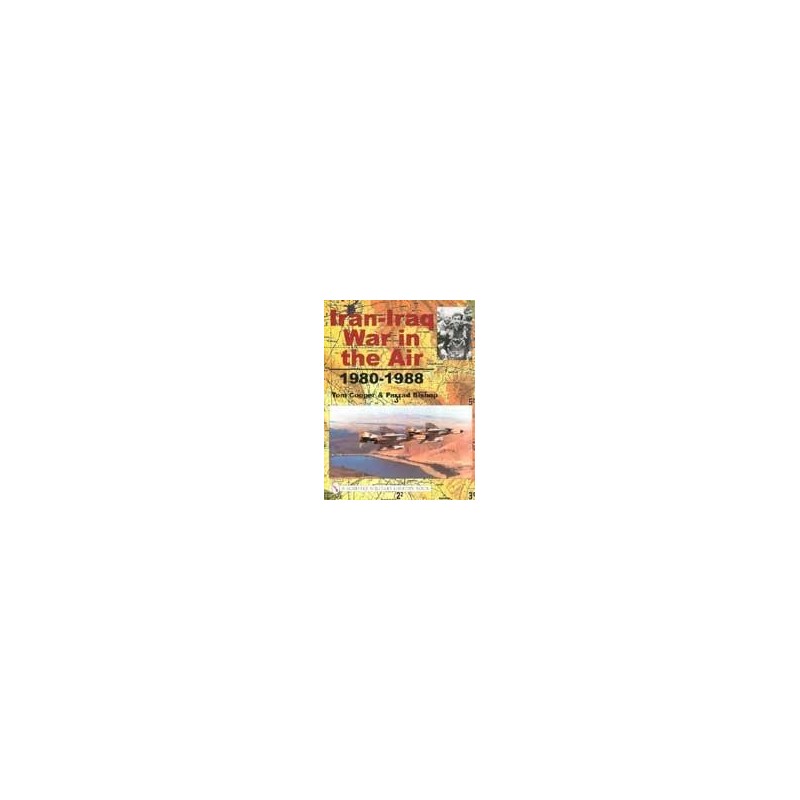 In the English-language literature, the air campaigns of the Iran-Iraq War of the 1980s have received scant attention. It is common for those studying airpower to examine case studies based on the Anglo-American strategic bombing experience during the Second World War, the air war over Vietnam, Arab-Israeli experiences, or the first Gulf War of 1990-91. We now have a good window into a previously unexamined and fascinating modern air war: an American-trained-and-equipped force versus a Soviet-trained-and-equipped force fighting during the last decade of the Cold War.

In the main, the authors employ a chronological approach to the air war, and they have been careful to include the political and ground operational contexts for the air operations. Tactical helicopter, airmobile, and special operations aspects also receive recognition throughout, as do maritime air missions during the so-called Tanker War.

Cooper and Bishop have come up with some fascinating angles. The impact of the repressive Iranian Islamist regime, and its constant clashes with its American-trained aircrew and ground support people is one of these. Another is the detailed examination of how the Iranian Air Force remained operational during a period of crippling American economic and military sanctions and constant bombardment by Iraq. Where, exactly, did Tehran get spare parts for its American-built F-4, F-5, C-130 and P-3 aircraft to keep them flying for eight years under combat conditions? How was it able to keep its personnel motivated under very difficult conditions? Why was Iraq unable to prevail despite having access to Soviet resources and American intelligence? What was the nature and extent of French support to Saddam Husseins air force? The answers will surprise you. On the operational side, readers will learn of a daring Iranian raid on the h -2 and h -3 bases in western Iraq. On this occasion, two 707 tanker aircraft, staging out of Turkey, refuelled an Iranian strike force, which hit the Iraqi air bases and recovered to Iran. The authors also examine the controversy surrounding the alleged compromise of the F-14 Tomcat and Phoenix missile system combination to the Soviet Union. The effectiveness of Iraqs Soviet-built air defence system, which undoubtedly received a great deal of attention from the American intelligence community prior to the Gulf War of 1990-91, is also discussed. The Iranian Air Forces use of RPG-7s mounted on Mohajer UAVs possibly the first use of a modern unmanned combat aerial vehicle may be unfamiliar to most readers.

The book is profusely illustrated. It includes Iranian Air Force reconnaissance photos and more-than-adequate maps and order of battle charts. It will be evident to readers that the book has more information on the Iranian experience than that of the Iraqis. This is a sourcing issue related to the fact that one author is Iranian-born, and presumably had greater access to one side. Fortunately, this does not hamper the approach taken by Cooper and Bishop, though it does suggest that a sequel would be useful now that the Saddam Hussein regime has fallen. That said, there is enough information in the early chapters to compare the development of both air forces. There are also details of how each of the air forces was equipped in the 1970s, and how this laid the groundwork for the 1980s. Of note, there is a beginning section that examines the Shahs covert aerial intelligence-gathering efforts against the Soviet Union during the Cold War. This book is highly recommended to anyone interested in modern air warfare.