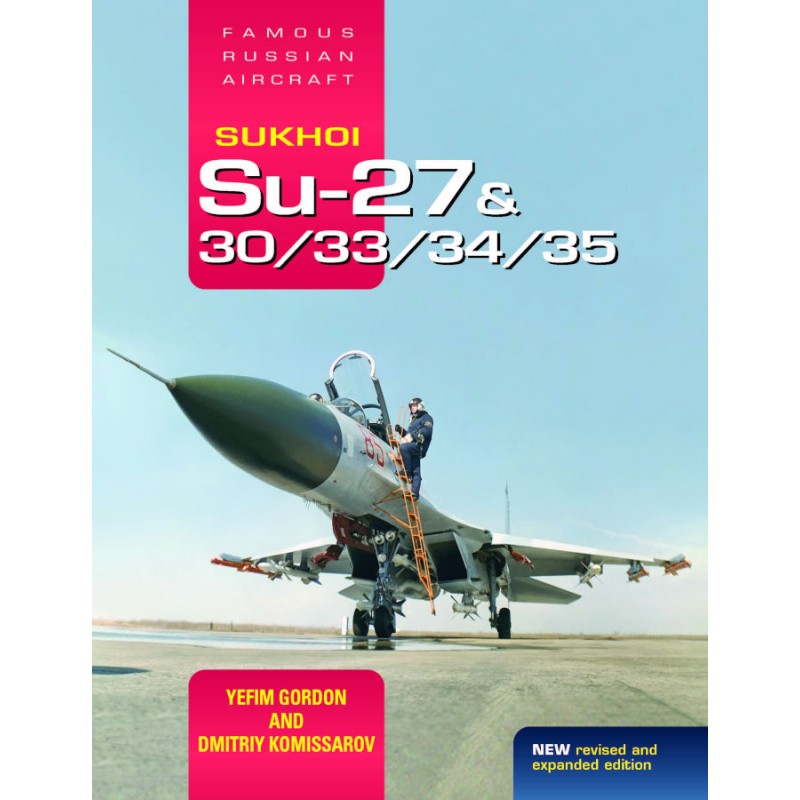 The Sukhoi Design Bureau was tasked in 1969 with developing a fourth-generation heavy fighter and thus began the story of the Su-27, known to the western world as the Flanker – an aircraft which turned out to be one of the most successful Soviet fighter designs.

This book tells the story of how the original project developed, how the final configuration of what was known as the T-10 was selected and why the brave decision to scrap the original project and rework it as the T-10S was taken, a decision that proved to be justified. The book covers the design and testing of the prototypes in both configurations, the production entry of the basic Su-27 single-seat fighter and the Su-27UB two-seat combat trainer together with the efforts of Sukhoi to keep them up to date with mid-life upgrades to Generation 4++’ (Su-35S) level. The operational histories of Su-27 versions including the Su-30/Su-34/Su-35 are also described.

When the Soviet Navy decided to bolster its fleet with carriers optimised for conventional take-off and landing (CTOL) aircraft, Sukhoi responded by developing the Su-27K, which later entered service as the Su-33, Russia’s first operational CTOL shipboard fighter. These naval variants are included in the book as is a chapter describing the story of how China purchased licence manufacturing rights for the Su-27 and went on to develop its own versions with indigenous avionics and weapons, including the basic J-11 fighter and the J-15 Flying Shark – a clone of the Su-33.

The book describes in depth the development and operational career of the Su-27 family, including mid-life upgrades and the latest variants, and features detailed fleet lists. Richly illustrated with colour photographs, line drawings and colour profiles of the various colour schemes carried by the type, this is the definitive work on a truly outstanding aircraft.