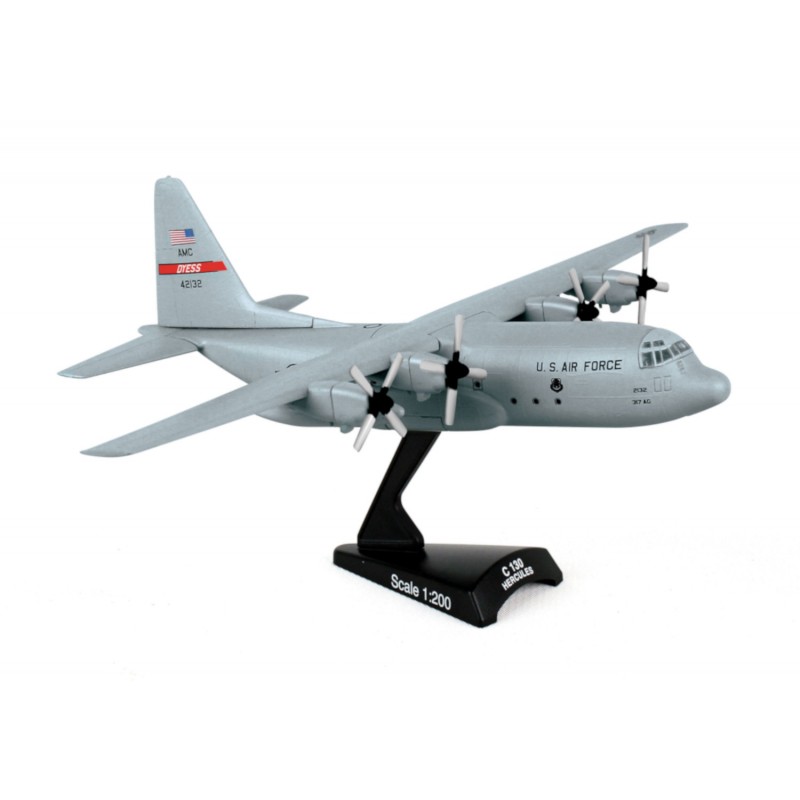 The C-130 Hercules is a medium/long-range versatile combat transport aircraft that is regularly sent on missions in the harshest environments. No other aircraft in history can match its versatility, flexibility and relevance. The C-130 is one of the most widely used transport aircraft by military forces worldwide. With over 1 million hours flying, it has remained in continuous production longer than any other military aircraft. Over 2,400 C-130s have been produced for more than 70 countries worldwide. This Die-cast metal airplane model comes in 1:200 scale with plastic stand and is approximately 6 inches long with 7 3/4 inch wingspan.