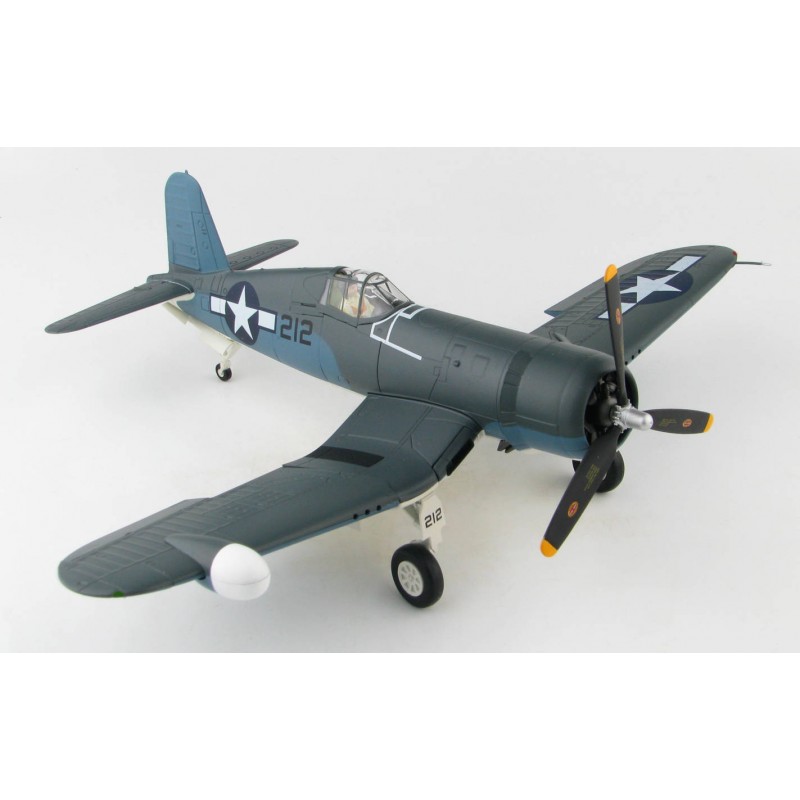 Vought was commissioned to develop a night fighter variant of the F4U-1 and working with other companies managed to come up with the necessary radar needed for night operations. A total of 32 F4U-1s were converted to the new F4U-2 Night Fighter at the Naval Aircraft factory while 2 were completed on Kwajalein Atoll. As for the number of Japanese aircraft destroyed by these night fighters, it was low but the existence of these aircraft made the Japanese Air Force stop their night time bombing raids.

F4U-2 Corsair 02624 belonged to VMF(N)-532 Black 212 named “Midnite Cocktail” was assigned to Lt. Caniff but was flown by several pilots. On April 1, 1944 Capt. Howard Bollman was piloting this aircraft when several G4M Bettys from Saipan were encountered by Bollman and two other Corsairs from VFM(N)-532. The 3 Bettys were all shot down and Black 212 received a kill marking on its nose. Later in 1944 the Americans captured Saipan and used the airfield to advance toward the Japanese homeland.

Specifications for the Vought F4U-1A Corsair.

The F4U-2 was the night variant equipped with radar.