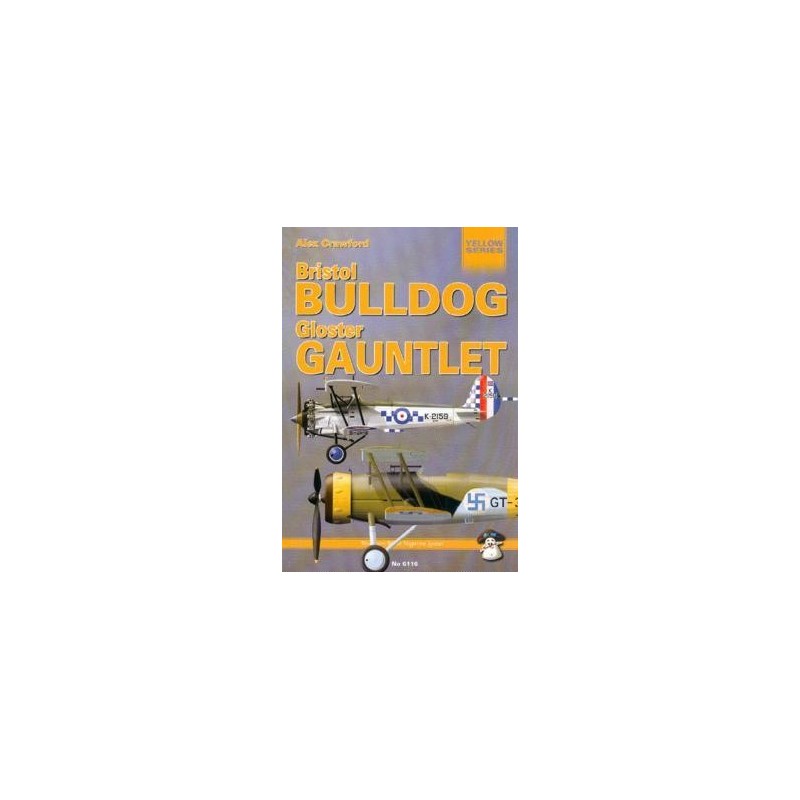 The 1930s saw the advent of two aircraft that epitomised the biplane fighter. The first was the Bristol Bulldog, which was a pugnacious litlle fighter, and loved by all that flew it. It was perhaps a little heavy and generally lost a lot of altitude when doing aerobatics but it was a typical British fighter of the early '30s. It would see sterling service with the RAF and numerous foreign air forces. During the Russo-Finnish Winter Waqr of 1939-40 it would see front line service and claim several Russian aircraft shot down.

The other aircraft was the Gloster Gauntlet. It can be said that the Gauntlet was the last true biplane fighter to see service with the RAF. Its successor, the Gloster Gladiator, was a transitional aircraft, witch although a biplane design featured some modern innovations, such as an enclosed cockpit. The Gauntler was a better aircraft for doing aerobatics and had very few vices, although the engines were prone to catch fire. The Gauntlet's service with the RAF was somewhat short, but had Britain and Germany gone to war in 1938 it would have benn main RAF fighter for the defence of the UK. As it was the aircraft was totally obsolete when WWII broke put, but it did serve in East Africa where it achieved some mediocre success.