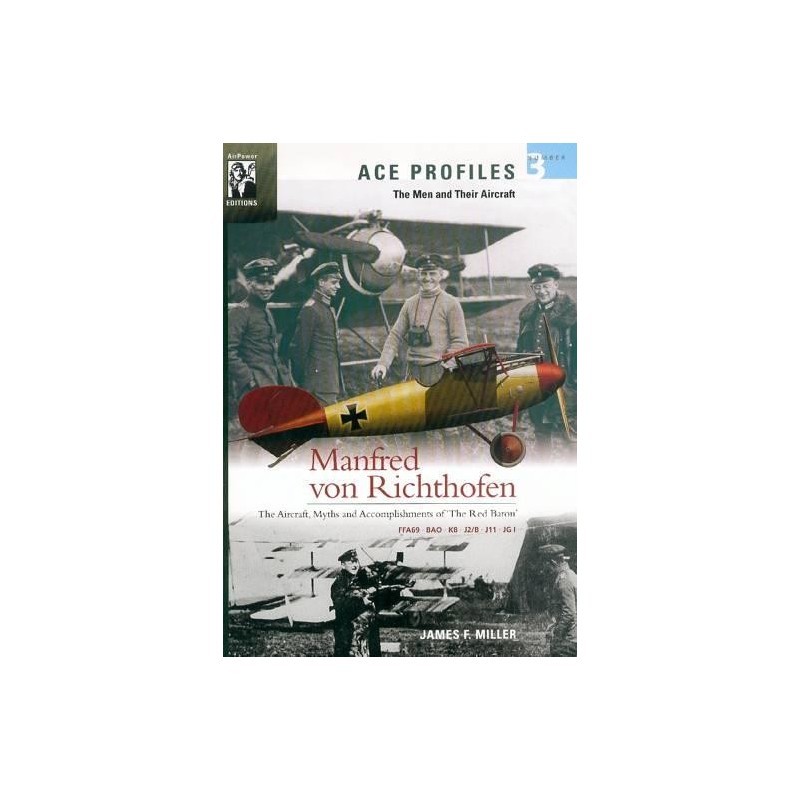 ACE PROFILES No 3: Manfred von Richthofen. The Aircraft, Myths and .....

Rittmeister Manfred von Richthofen stands as the most famous fighter pilot of all time. The image of Richthofen and his all-red Fokker triplane are ubiquitous symbols of German aerial might. From the outset he set and achieved his goals with a focus and determination that overcame initial shortcomings, propelling him from an unknown two-seater pilot into a brilliant airman, tactician, leader, mentor, hero and, ultimately, a martyr of Germany.

In this limited run and outstanding new study, James Miller focuses not only on Richthofens stick-and-rudder abilities but also the aircraft with which he prosecuted war. Also Richthofens epic battle with Hawker, the events of his July 1917 wounding, his rivalry with Voss, and several inaccurate yet persistent myths are examined in unprecedented detail, all of which are augmented by 90 rare photographs, medical illustrations, and 26 of Millers beautiful detailed colour aircraft profiles and 12 wing plan views.

Manfred von Richthofen The Aircraft, Myths and Accomplishments of The Red Baron forms one of the most comprehensive and refreshing accounts published in recent years.

ACE PROFILES No 3: Manfred von Richthofen. The Aircraft, Myths and .....