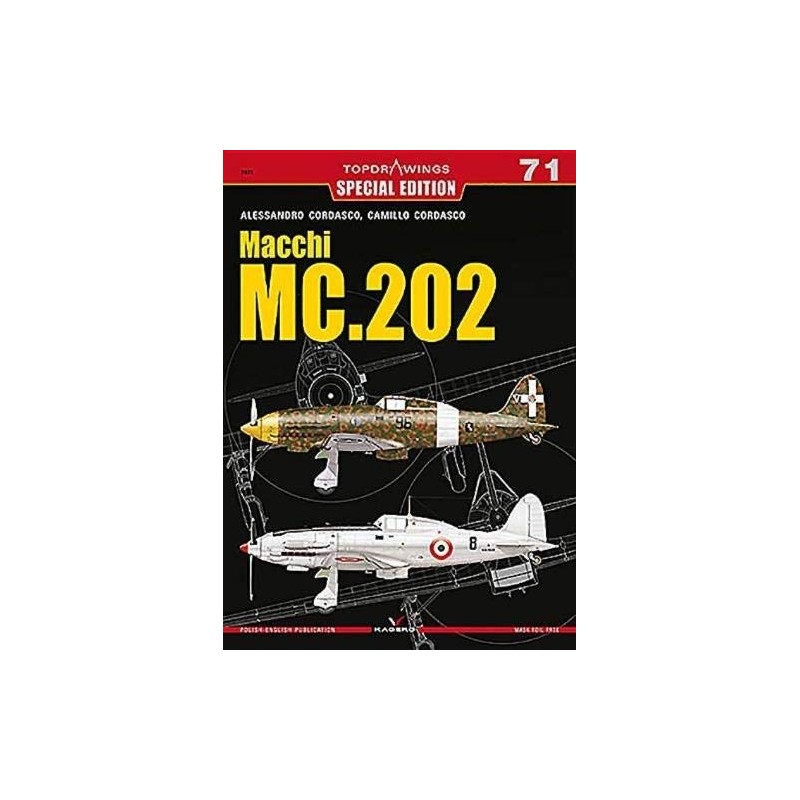 In May 1941 the men of the 17th Gruppo in force at the 1st Stormo Caccia, received the first batch of the new fighter designed by eng. Mario Castoldi: the MC.202 Folgore. Derived from the previous Macchi MC.200, but equipped with a more powerful and aerodynamic engine in-line layout (the Daimler Benz 601 A-1 initially German made, then later on produced on licence by Alfa Romeo) and a closed cockpit, was built in about 1100 units divided into 13 series by Macchi, Breda and SAI Ambrosini. The basic concept was never distorted, the approximately 100 changes reported during its four years of service, essentially concerned on the armoring to protect the pilot, the addition of two wing guns from 7.7 mm (in addition to the two standard 12.7 mm in front of the cockpit), an anti-sand equipment for the desert theater, a new tail unit and other secondary details. Intended for the main operational theaters, from North Africa to Russia, passing through the fighting on Malta, it proved a step forward in terms of performance compared to its predecessors but not yet adequate in terms of armament and equipment, radio in particular. At the end of 1943 the Folgore began to feel the weight of the years and was used as a basis for the development of the next MC.205.