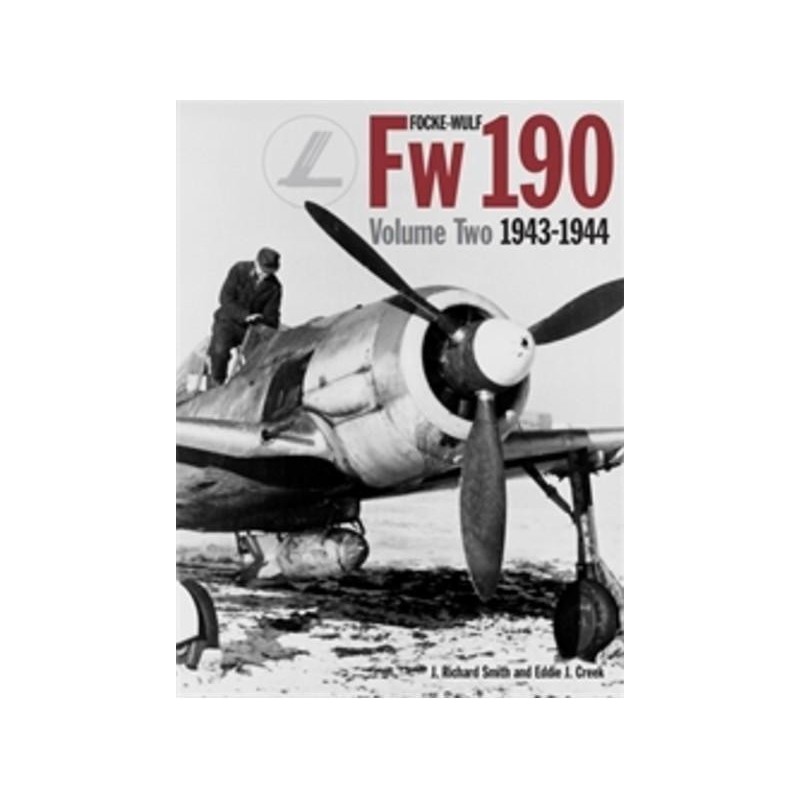 This is the second of a comprehensive three-volume reference book on the iconic Focke Wulf Fw 190 - arguably the finest piston-engined fighter aircraft of World War 2. The books are the product of years of study by two of the leading researchers into this complex aircraft to try to produce the most complete work on the Fw 190. Each volume contains more than 400 photographs including those showing factory and construction, close ups of weapons and equipment, operational units as well as numerous facsimiles of Focke-Wulf handbook drawings. Colour artwork is also included, plus an extensive selection of original manufacturer's technical drawings.

The pugnacious, radial-engined Focke-Wulf Fw 190 represented a formidable and ominous foe to the RAF when it first appeared in late 1941. Despite initial technical problems it soon proved itself as a dependable fighter aircraft and provided a new dimension to air combat on the Western Front. Meanwhile, the Eastern Front provided the German fighter force with an abundance of targets and many German aces were created flying the Fw 190 - nicknamed the 'Butcher Bird'. As the war progressed, the Fw190 emerged as a sturdy all-round war machine, capable of fulfilling the roles of fighter, fighter-bomber, night fighter, ground-attack aircraft, dive-bomber and tactical reconnaissance.