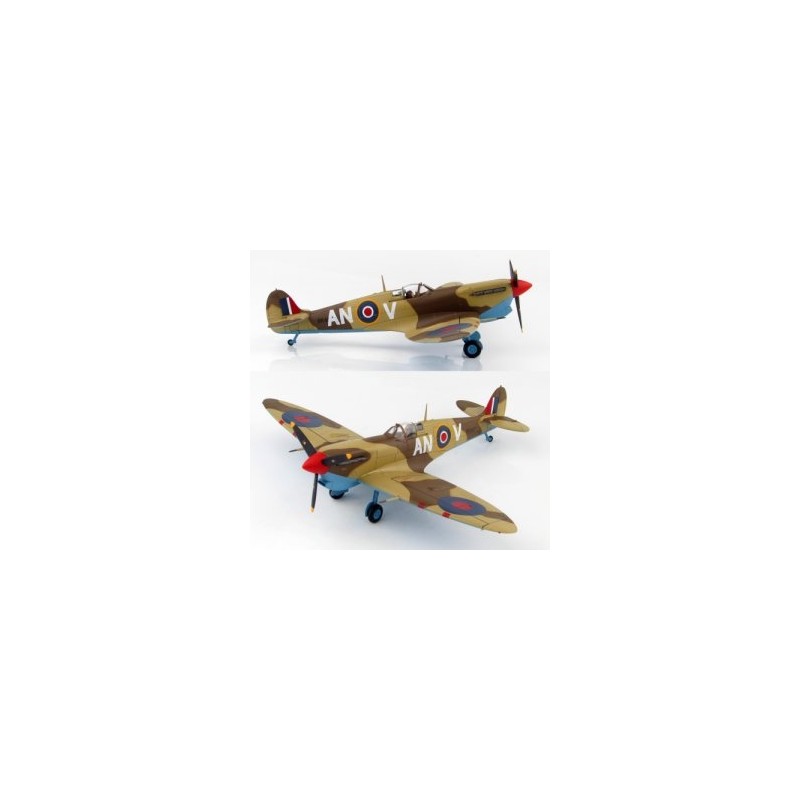 The first Spitfire Mk V was produced in January 1941 and proved to be as good as the Mk III and less complicated. The Mk V was the most produced variant of the Spitfire and the main version throughout 1941 and was a better aircraft than the Bf-109 but that all changed with the introduction of the Fw-190. The Mk V remained the RAF fighter through the summer of 1942 and saw several variants developed using bigger engines, new wing types and more armament.

There were 20,351 Mk V aircraft built in all variants.

The RCAF 417 Squadron “City of Windsor” was formed in England in November 1941 as part of RAF Fighter Command and flew the Spitfire MkVb and Vc between October 1942 and September 1943. In June 1942 the 417 Squadron was transferred to Egypt as part of the Desert Air Force to provide support to the British Eighth Army. In April 1943 the 417 Squadron became the only

Canadian in the Desert Air Force and provided close support throughout Tunisia, Sicily and Italy.