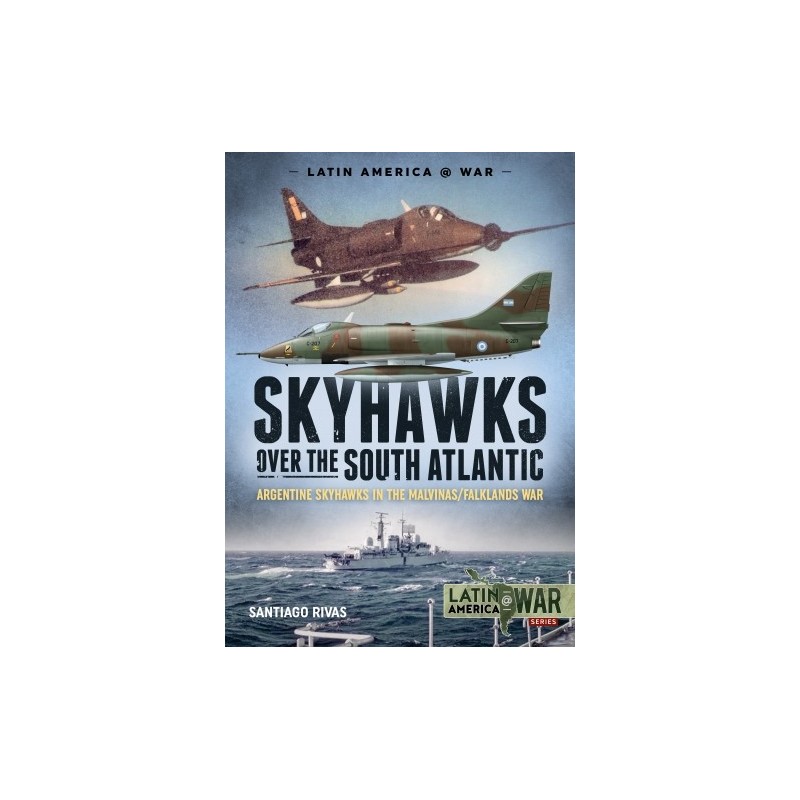 SKYHAWKS OVER THE SOUTH ATLANTIC. Argentine Skyhawks in the Malvinas/Falklands..

By 1982, the backbone of the Argentine combat aviation, both in the Air Force and the Navy, was formed by three batches of Douglas A-4 Skyhawks, with the A-4B and C of the Air Force and the A-4Qs of the Navy. Despite their age, being a model almost 30 years old at the time of the war, and lacking protection, they took on the overwhelming struggle to fight the British Task Force that opposed the Argentine forces on the Malvinas/Falkland Islands. The Skyhawks were responsible for inflicting the greatest damage upon the Royal Navy, sinking HMS Coventry, Ardent, Antelope, RFA Sir Galahad, and LCU F-4, while damaging many other ships and striking ground targets. They also suffered heavy losses, with 10 A-4Bs, 9 A-4Cs and three A-4Qs lost in combat, with eighteen pilots being killed. The experience of the Skyhawk during the war was another addition to the legend the model had become over the skies of Vietnam and Israel. Despite many reports to the contrary, at the time of writing, the Argentine Air Force still operates modernised A-4ARs and OA-4ARs and is one of the two military operators of the Skyhawk in the world.

SKYHAWKS OVER THE SOUTH ATLANTIC. Argentine Skyhawks in the Malvinas/Falklands..