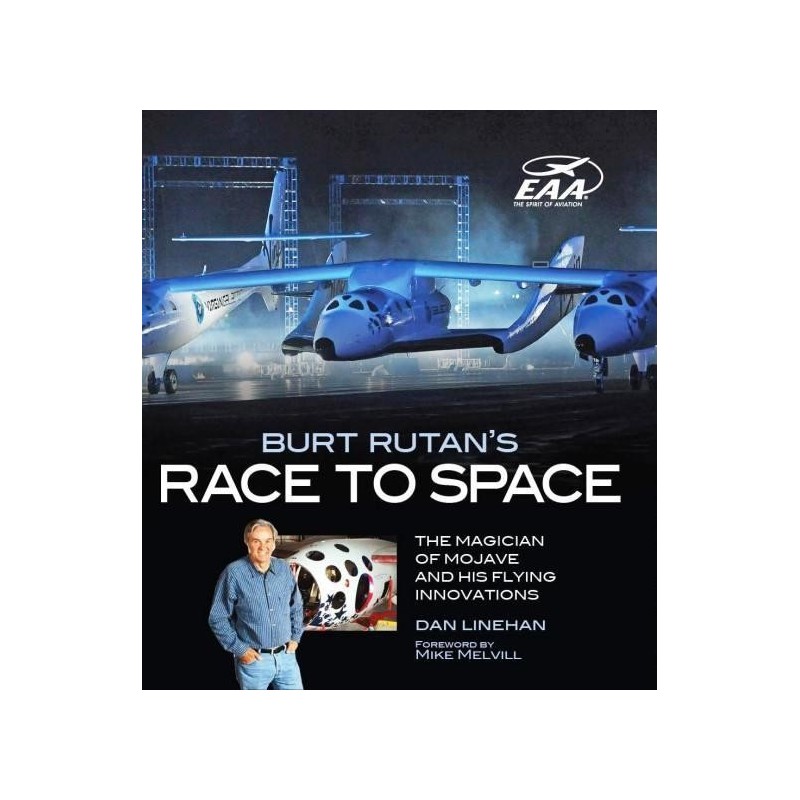 BURT RUTAN'S SPACE TO SPACE. The Magician of Mojave and His Flying Innovations.

With cooperation and generous input from the man himself, Dan Linehan, author of SpaceShipOne: An Illustrated History, provides the most comprehensive work to date on Burt Rutans career in Burt Rutans Race to Space: The Magician of Mojave and His Flying Innovations. From his post-collegiate days as an Air Force flight test engineer at Edwards Air Force Base to starting the Rutan Aircraft Factory and later, Scaled Composites in Mojave, California, Linehan takes readers on a chronological journey from before the VariViggen to SpaceShipTwo. Burts personal photos and some fascinating sketches and drawings appear throughout the book.

Burt Rutans first commercially available aircraft design was the VariViggen (Model 27), and Mike Melvill was the first customer to complete one. He bought the plans from Burt at their very first meeting - at the 1974 EAA Oshkosh Convention and Fly-In - where Burt was selling sets from the backseat of his newly completed prototype. After seeing and flying Mikes finished project, Burt hired him to work at the Rutan Aircraft Factory in Mojave.

Thirty years after meeting Burt on the Oshkosh flightline, Mike earned the worlds first set of commercial astronaut wings for piloting SpaceShipOnes initial flight into suborbital space. But dont let the title fool you: about 80 percent of this book is about Burts career that led to SpaceShipOnes successful Ansari X Prize run and the promise of SpaceShipTwo. Mike Melvill provides the foreword.

BURT RUTAN'S SPACE TO SPACE. The Magician of Mojave and His Flying Innovations.