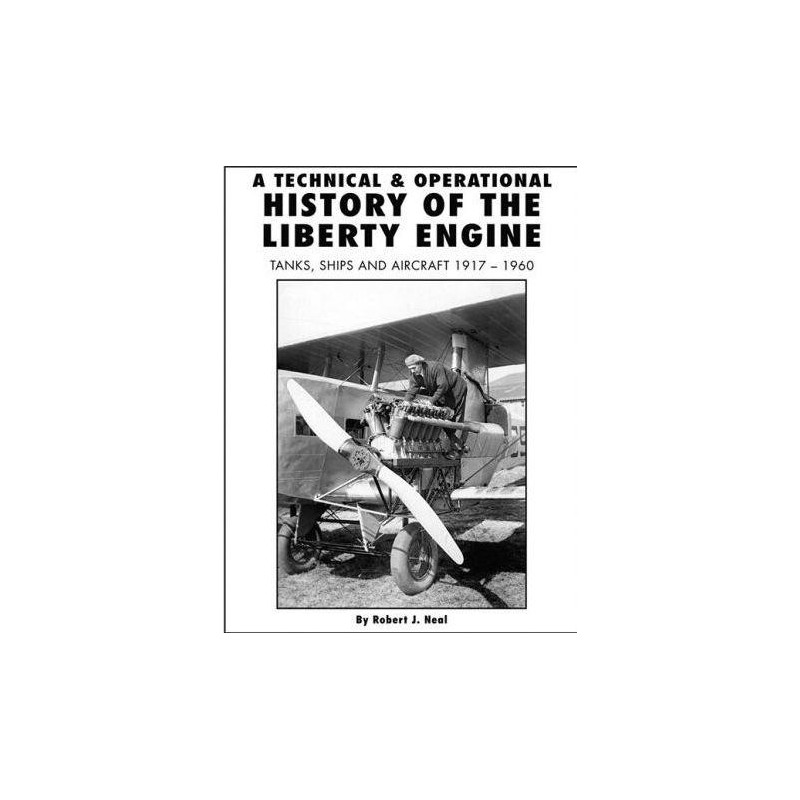 A TECHNICAL AND OPERATIONAL HISTORY OF THE LIBERTY ENGINE.

The aim of the Liberty was to standardize aircraft engine design. The theory was to have an engine design that could be built in several sizes and thus power airplanes for any purpose, from training to bombing. The differences in sizes would be obtained by using different numbers of cylinders in the same design. A large number of other parts would also be used in common by all resulting sizes of the engine series. The initial concept called for four-, six-, eight-, and 12-cylinder models. An X-24 version was built experimentally, and one- and two-cylinder models were built for testing purposes.

The engine design eventually saw use on land, sea, and in the air, and its active military career spanned the years 1917 to 1960. In addition, it provided noble service in a multitude of civilian uses, and still does even today, some 90 years after the first engine ran. This book covers the complete history of the Liberty's design, production, and use in amazing detail and includes appendixes covering contracts, testing, specifications, and much more.

A TECHNICAL AND OPERATIONAL HISTORY OF THE LIBERTY ENGINE.