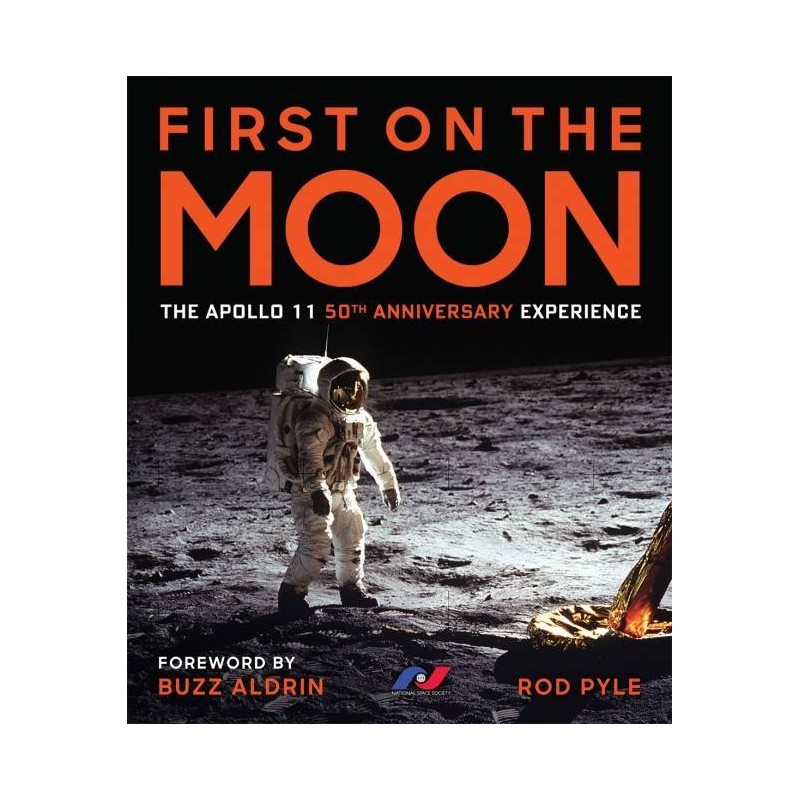 FIRST ON THE MOON. The Apollo 11 50th Anniversary Experience.

In honor of the 50th anniversary of the groundbreaking Apollo 11 mission, this lavishly illustrated book—featuring stunning photographs and many rarely seen images and documents—tells the incredible story of the first men on the Moon.

Acclaimed science author Rod Pyle (Missions to the Moon) returns with a beautiful and insightful book commemorating Apollo 11. First on the Moon offers an exciting behind-the-scenes look at America’s journey to the Moon—from the space race to the landing on the Sea of Tranquility to splashdown on Earth and the aftermath. Pyle spent years combing NASA archives and private collections for memorabilia from the mission, and the book includes everything from accessible explanations of the enormous challenges facing NASA to reproductions of original 1969 documents. It also features a number of specially commissioned photocompositions created from NASA Apollo images released in 2015. Many were parts of photomontages taken by the astronauts, and these compositions have now been carefully restored to their originally intended montage formats. With compelling firsthand accounts and a gripping narrative, this gorgeously designed volume fully immerses readers in the Space Age. Includes a foreword by Buzz Aldrin, and exclusive interviews with the adult children of the Apollo 11 astronauts.

FIRST ON THE MOON. The Apollo 11 50th Anniversary Experience.