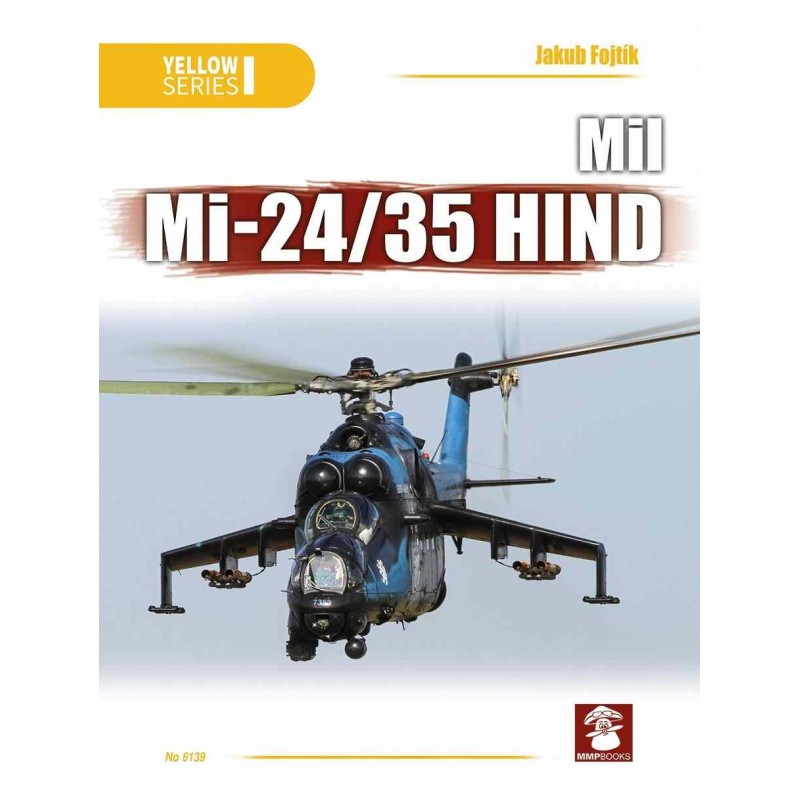 This publication covers the legendary soviet attack type, the Mi-24 Hind helicopter. As a very first book it describes not only the history and status of the original Mi-24 variants starting with the V-24 prototype through serial Mi-24A, Mi-24D, Mi-24V and Mi-24P models up to the last Mi-24VP production variant, but also the current development and service up to Mi-35M attack model or latest Mi-35MS VIP modification.

Each variant is introduced by its development and production history and by the service and export including war deployment. A separate chapter is dedicated to the detailed description of all Mi-24 upgrades done by Czech, French, Israeli, Polish, Slovak, South African, UK, Ukrainian and of course Russian companies. Also, the special variants and high speed prototypes including current PSV demonstrator are described in detail. Very rare is the chapter focused on prototypes not reaching serial production.

The publication includes list of export production and also list of re-exports giving to the reader a full idea of the world footprint of the Hind. A detailed technical description is attached with highlighting of variants deviations. All variants are lavishly illustrated by mostly colour pictures including strip down and walk around pictures of the helicopter and its systems.