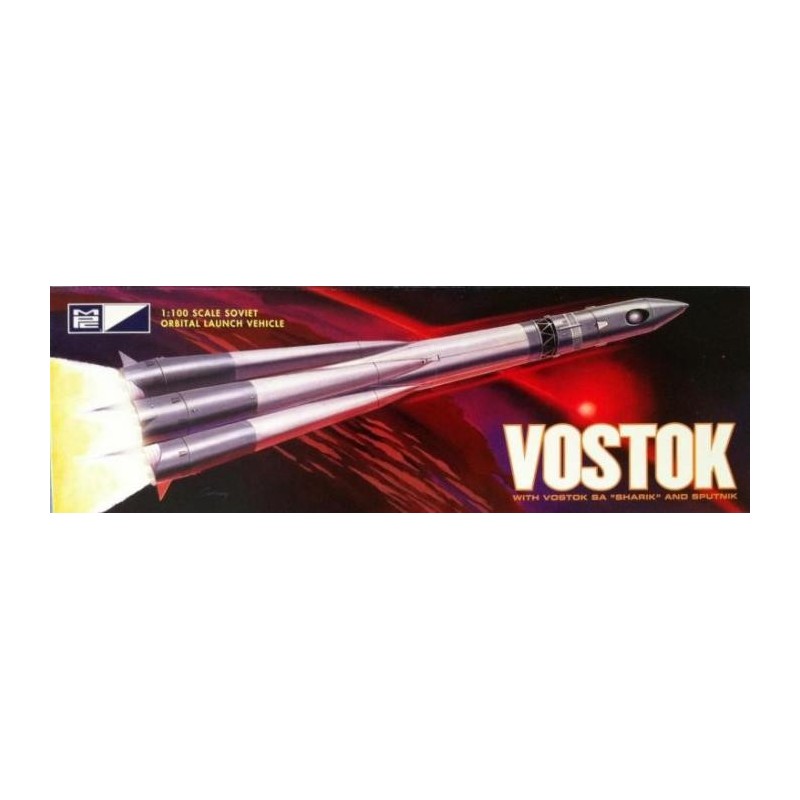 The 'Vostok' space launcher started life as a Soviet R7 'Semyorka' ICBM. In the west it was referred to by its NATO cpde name, SS-6 'Sapwood' or the 'A-Type'. When first seen in the west in 1965 it initialy looked very strange, unlike any western launch rocket. This was particularly due to four very distinctive tapered boosters, strapped around the central core. In its bassic form, without any upper stages, it launched the world's first articial satellite, Sputnik 1, into Earth orbit on 4th October 1957. That was the flight that started 'The Space Age'.

However the most famous use ot this launch rocket was in 1961 to launch Vostok 1, the spacecraft that carried Yuri Gagarin into orbit, the first 'Man in Space'. The launcher was basically the same as that used for Sputnik, but with additional upper stages. It is from these launches that this version of the rocket acquired its general name 'Vostok'.

MPC's Vostok contains both the Sputnik satellite and Vostok capsule. These options can be interchanged to suit the builder's imagination. Water-slide decals supply markings and pictorial assembly instructions are also included.

Includes an 8-page educational booklet about the development of this historic spacecraf and the Soviet space program!.