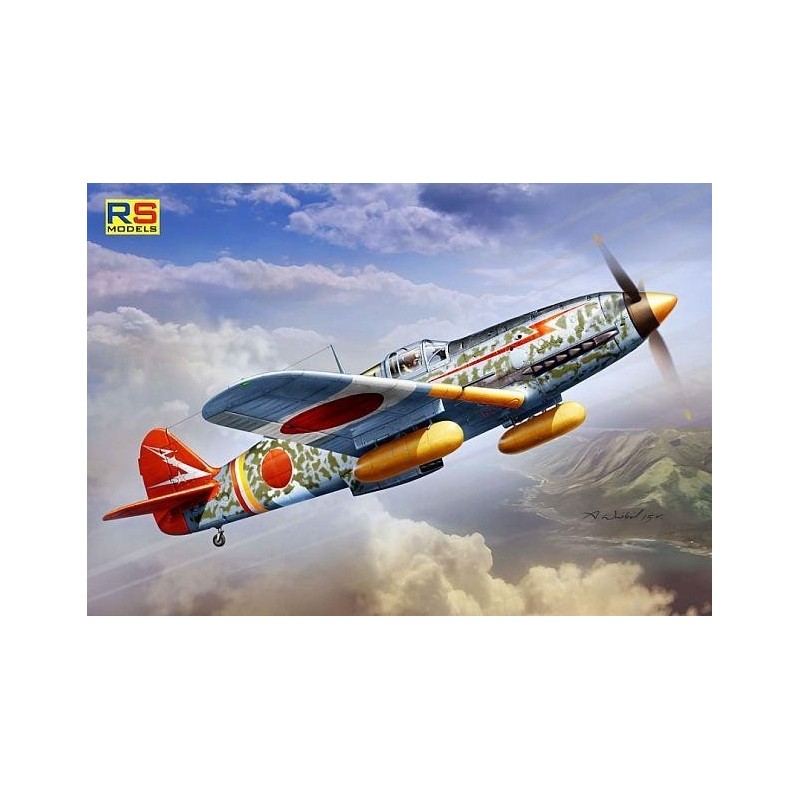 The Ki-61 Hien /Type 3 Fighter/ was the only Japanese fighter powered by an liquid cooled, inline inverted engine.

The Hien comming at the frontlines in the summer of 1943 and fly in battles over New Guinea, Philippines, Okinawa, and in the defense of the Japanese Home Islands. Over 3,000 examples of various Ki-61 variants were built. The Ki-61 I Hei was built in conjunction with the Otsu variant.

In this variant, the wing machine guns were replaced by Mauser MG151/20 cannons. Total 388 Ki-61s were so modified. The first was completed in September 1943 and last was in July 1944.