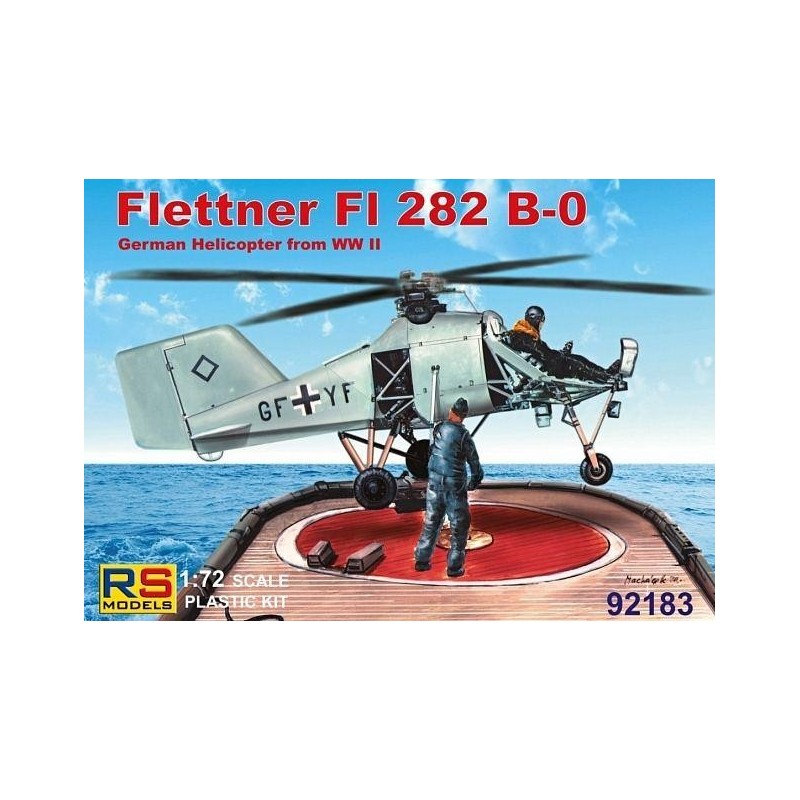 The innovative Flettner Fl 282 was one of the first operational helicopter that was used on board of ships. Being the successor of the Flettner Fl 265 which first flew in May 1939, the Flettner 282 was only build in small numbers. The prototypes were build in different variants, one or two seater, closed or open cockpit.In 1941/1942 the Kriegsmarine used a Fl 282 for tests on board of the CL Köln . With a landing platform mounted on turret Bruno, several operational patterns were successfully tested. 32 preproduction aircraft were delivered, and three were taken home as war booty by Russia and the United States.