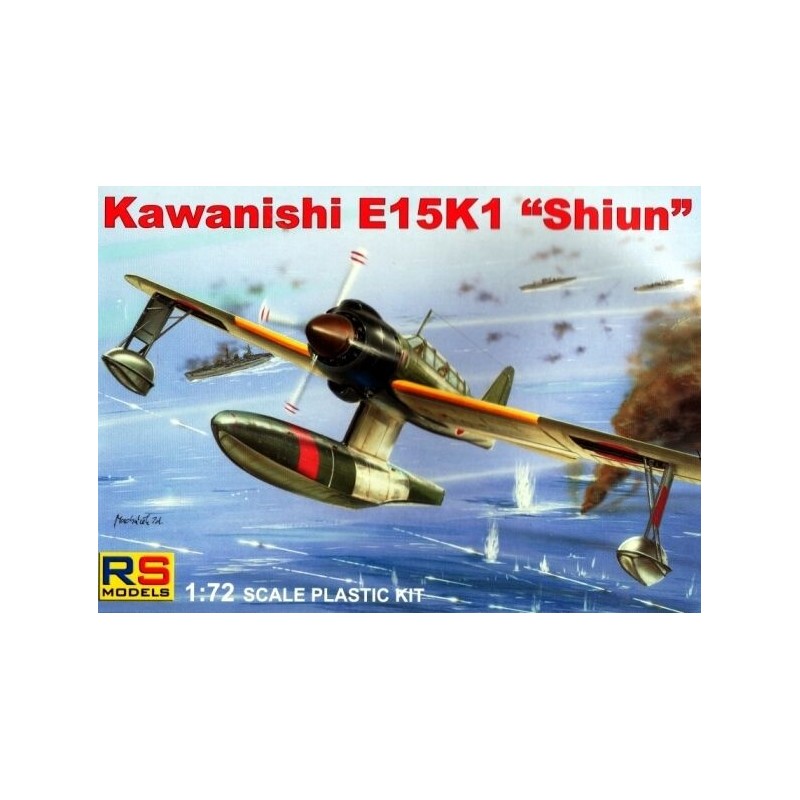 The Shiun was powered by a 1,460 hp 14-cylinder radial and the first installation of contra-rotating propellers produced in Japan, while a laminar flow airfoil section was chosen to reduce drag. It had a single main float under the fuselage and two stabilising floats under the wing. The stabilising floats were designed to retract into the wing, while the central float was designed to be jettisoned in case of emergency, giving a sufficient increase in speed, estimated as appoximately 90 km/h to escape enemy fighters. The first prototype designated E15K1 made its maiden flight on 5 December 1941. Five more prototypes followed during 1941-42. Despite some problems, the E15K1 was ordered into limited production as the Navy Type 2 Shiun Model 11. Six were sent to Palau in the South Pacific. Production was cancelled in February 1944, with only 15 Shiuns completed, including the six prototypes