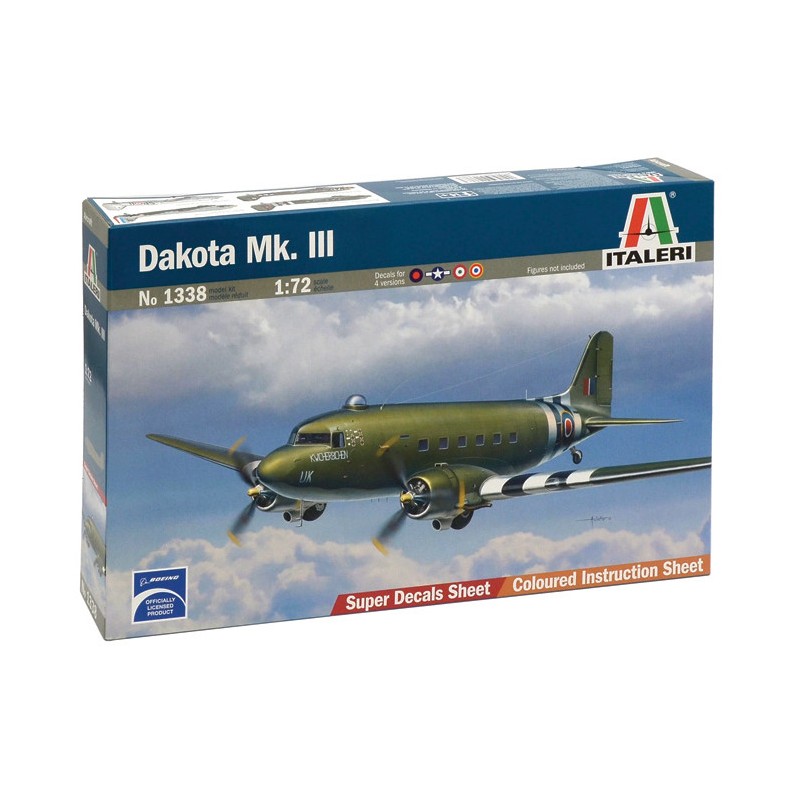 The twin-engine Douglas DC-3 was definitely one of the most famous transport aircraft of aviation history thanks to its reliability, flexibility and service life. During the Second World War it was developed a version dedicated to military duties: the Douglas C-47 Skytrain. Produced in large numbers by American production plants, was used extensively by the Allies on all fronts. In particular, the C-47s received by British Royal Air Force and Commonwealth Air Forces took the name “Dakota” and they were used for logistic, tactical transports, launch of paratroopers and medical evacuation. Thanks to its  two Pratt & Whitney 1,200 HP engines the “Dakota” was able to reach a top speed of 360 Km/h. It had a pay-load of 2,500 Kg or a capacity of 28 troops.