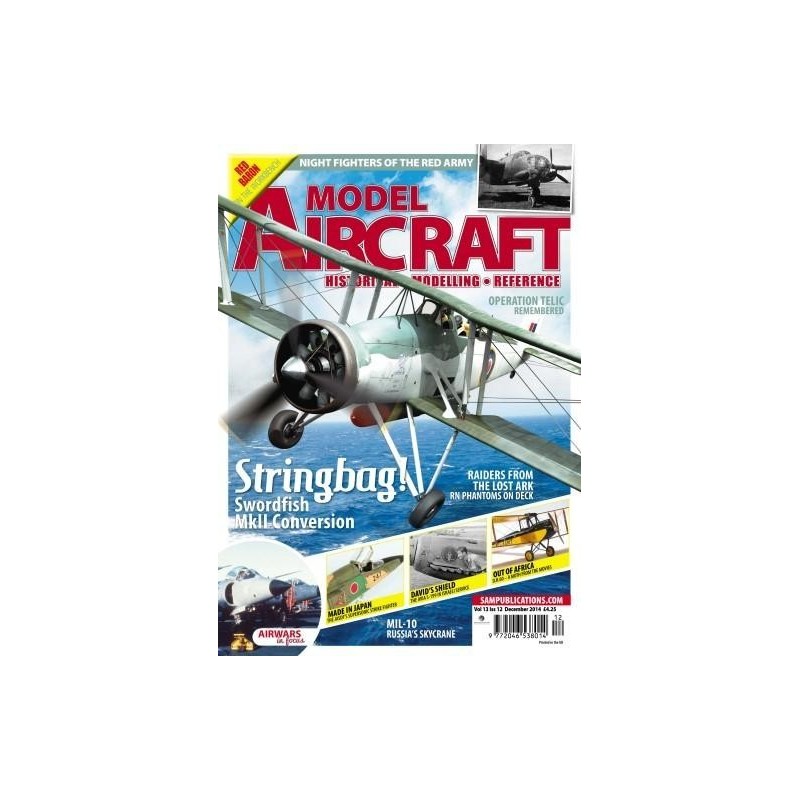 - "Raiders from the Lost Ark". An archive look at flight deck operations from HMS Ark Royal - when her Air Group consisted of F-4s and Buccaneers.

- Out of Africa. A Moth from the Movies. By Sacco de Vries.

- Made in Japan. The JASDFs Supersonic Strike Fighter

- My Mate MAC. Airfixs Swordfish Mk I converted into a Mk II. By Tony OToole.

From Fulmar to Lightning The rise of the Phoenix