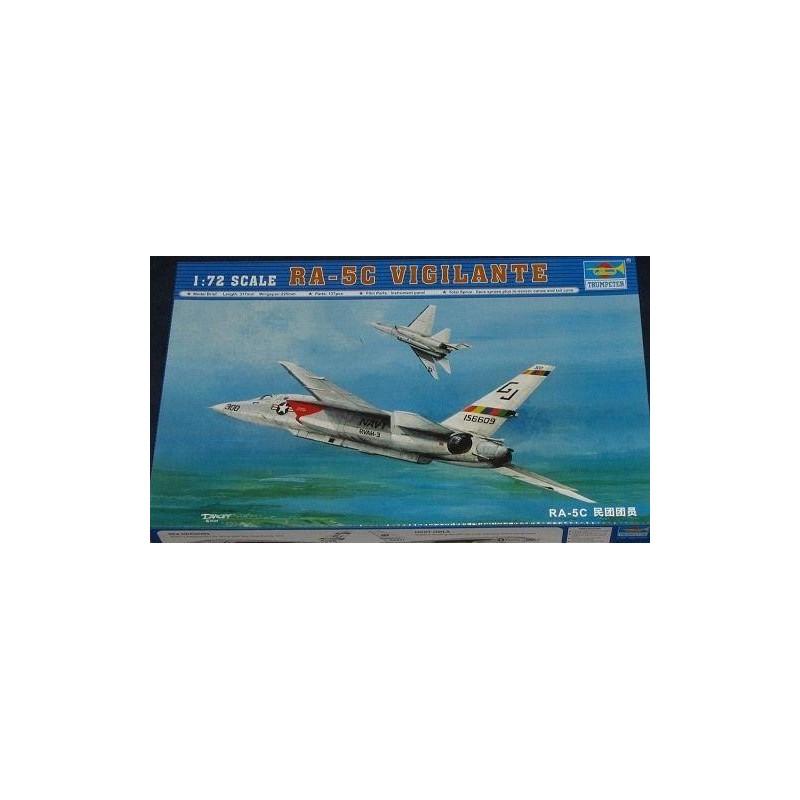 The Vigilante, designed and built for the U.S. Navy by North American Aircraft Division at Columbus, Ohio, was the only Mach 2 bomber to serve aboard a Navy carrier. Initially designated the A3J-1 attack bomber, it was one of the largest and heaviest aircraft ever accepted for service aboard U.S. Navy carriers. Production began in 1956 and it entered squadron service in June 1961. It was redesignated the A-5 and fully deployed by August 1962, when the USS Enterprise, the Navy's first nuclear aircraft carrier, made its inaugural cruise.

Changing defense strategies marked a change of focus away from carrier-based, heavy attack squadrons. In 1964, all the Vigilantes were reconfigured as reconnaissance aircraft and designated RA-5C. Reconnaissance gear was mounted in what had been the Vigilante's bomb bay. Other modifications allowed the RA-5C to carry four external fuel tanks. These additions increased the airplane's range on reconnaissance missions and allowed it to keep its attack capability with externally mounted bombs and rockets.

The RA-5C Vigilante first flew on June 30, 1962, and was capable of all-weather, long-range, carrier- or land-based, multisensor, reconnaissance missions involving high-altitude supersonic, or very low-altitude, high-speed penetrations. Its inertial navigation system provided the precise position location information demanded. The Vigilante pilot and the reconnaissance/attack navigator (RAN) sat in tandem under individual clamshell-type canopies. The RAN controlled all reconnaissance functions, although the pilot could assume control of the oblique-mounted serial frame cameras. Each crewmember had a catapult/rocket-powered ejection seat, also designed and produced at the Columbus facility, capable of high-altitude, high-speed, or ground-level recoveries.

The combination of the RA-5C Vigilante's ability to deliver conventional weapons, day or night in all kinds of weather, as well as to complete tactical reconnaissance missions made it one of the most versatile aircraft in the world. RA-5Cs served throughout the Vietnam War and were retired from service in 1979.