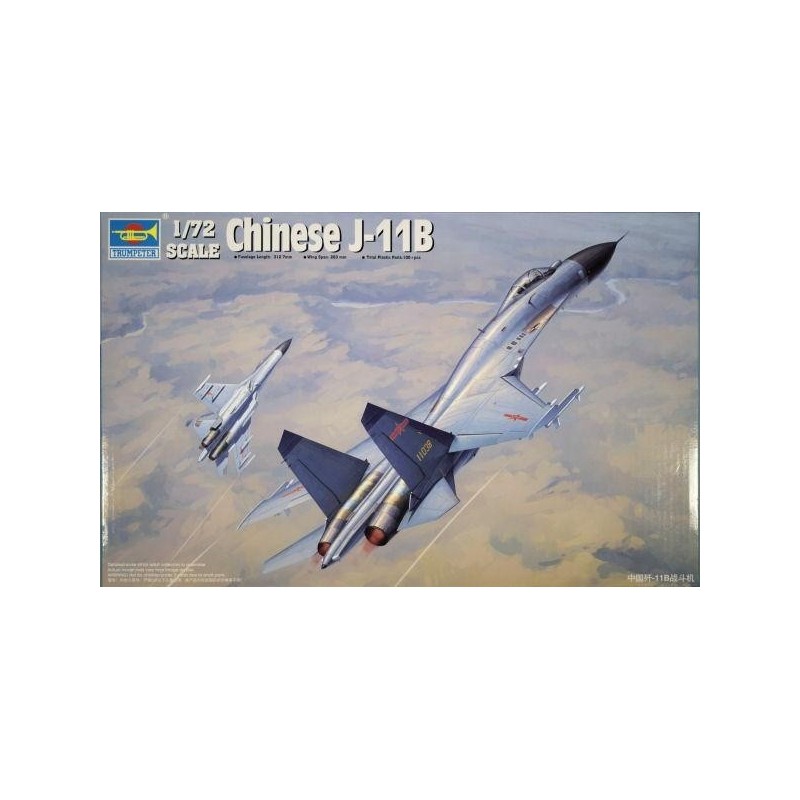 In 1995, the Russians sold the Chinese 200 Su-27SK (NATO Codename Flanker B+) as part of a number of sales modernizing the People's Liberation Army Air Force (PLAAF). Deliveries stopped after 100 when the Russians learned that Chinese engineers had reverse-engineered the design and were starting to produce their own variants of the Flanker. The designation J-11 was given to the first 100 aircraft built out of kits from Russia. The J-11A is an upgraded version of the aircraft with modern avionics.

The J-11, like the Su-27, was designed for the air superiority mission. PLAAF officials saw the potential of the Flanker airframe as a multi-role fighter and the J-11B was developed to provide the same flexibility in the air-to-ground mission as it can in the air-to-air role. Where the J-11 and J-11A are based on the Russian designs, the J-11B features a number of improvements including use of more composite structures to reduce weight.

Trumpeter strikes again with another beautiful model! Here is their 1/32 Su-27 Flanker kit scaled down and updated to also support the J-11 series. Molded in light gray styrene, the kit is presented on ten parts trees (duplicate trees not shown) plus the upper and lower fuselage halves and one tree of clear parts.