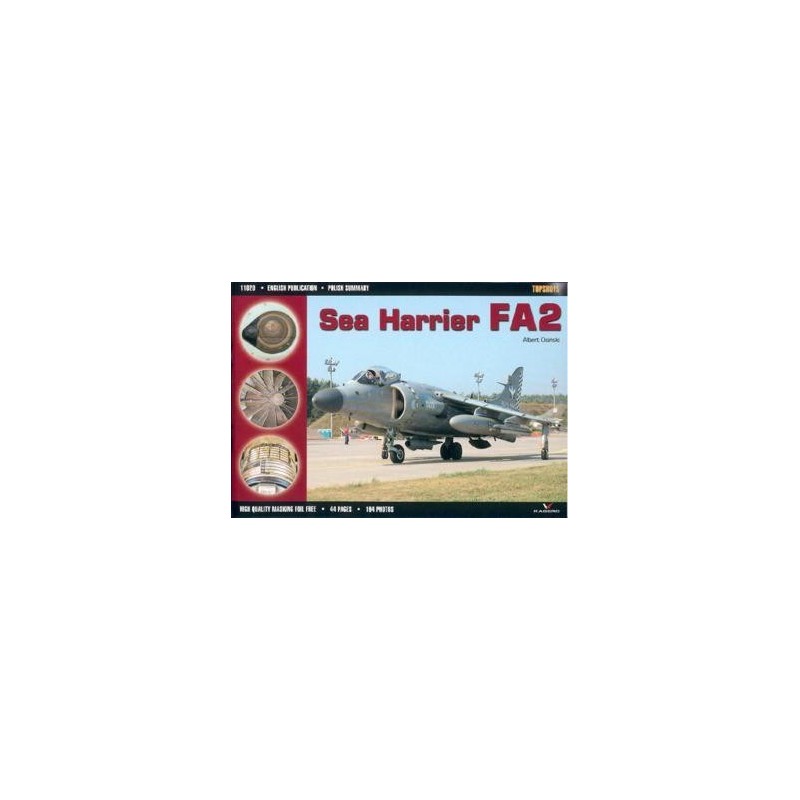 - Sea Harrier FA2 (Fighter Attacks) is a single-seat, multi-purpose combat aircraft, capable of operating in round-theclook, all-weather conditions, and with V/STOL (Vertical/Short Take-Off and Landing) capabiliies. It has been designed as the fleet defence fighter (optimised for air-to-air combat, with secondary missions of surveillance, air-to-sea and air-to-ground attack) and remains in service with the British Royal Navy's Fleet Air Arm. Currently Harriers operate from decks of the Invincible class aircraft carriers.

FA2 variant was designed as the successor of the FRS1 Sea Harrier (Fighter/Reconaissance). The FRS1 had participated in the Falklands War, shooting down 23 Argentine aircraft. By the end of eighties, however, its combat capabilities had proven unsatisfactory, mainly because of its poor radar and lack of medium range air-to-air missiles. Hence, an upgraded variant of Sea Harrier was ordered . The desing team focused on improving the aircraft's avionics and armament.

This set of photographs shows Sea Harrier FA2 of 801. NAS (National Air Squadron) during joint Air Defence Exercise with the Polish Air Force in September 2005, when they were stationed at 8.ELT (Polish 8th Tactical Squadron) airbase in Miroslawiec.