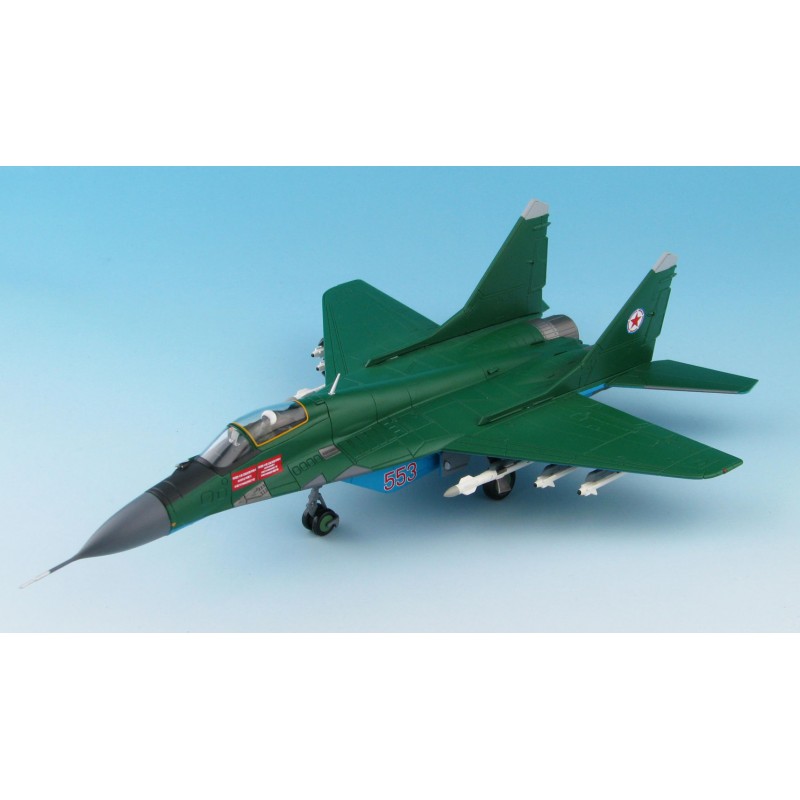 The MiG-29 is a twin-engine supersonic fourth generation air superiority jet fighter developed in the Soviet Union in the 1970’s. The aircraft entered service with the Soviet Air Force in 1983 and still is in use with them  as well as equipping over twenty four other countries over the years. The NATO designation for the MiG-29 is Fulcrum and it was designed to counter the American F-16 and F-18. The MiG-29 was first seen in the West in 1986. The MiG-29 (9-13) is designated the Fulcrum C.