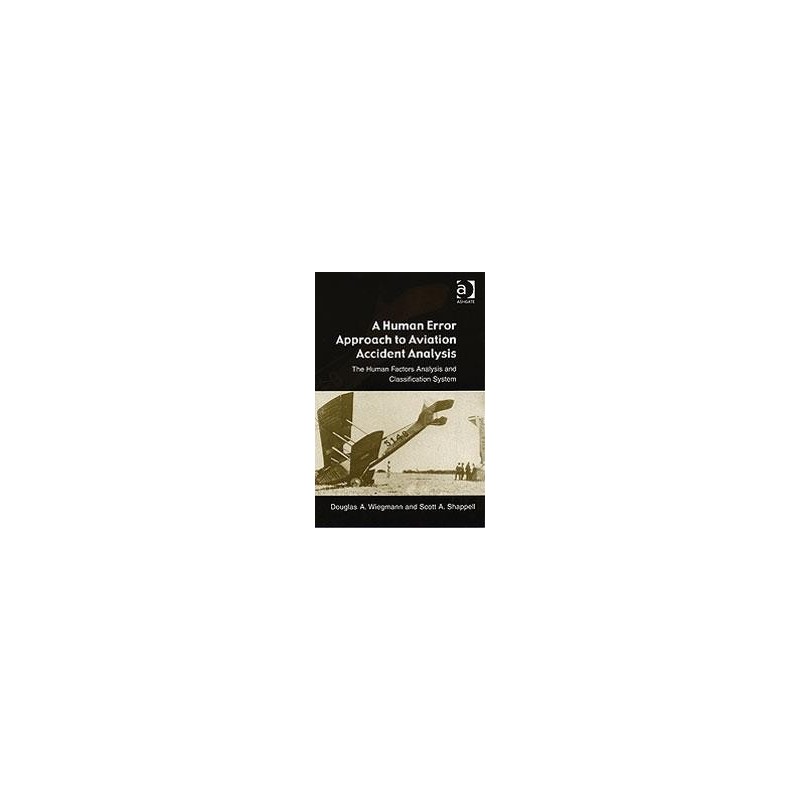 As aircraft have become more reliable, humans have played a progressively more important causal role in aviation accidents. Consequently, a growing number of aviation organizations are taskings their safety personnel with developing accident investigation and other safety programs to address the highly complex and often nebulous issue of human error. Yet, many safety professionals are illequipped to perform these new duties.

The purpose of the present book is to remedy this situation by presenting a comprehensive, userfriendly framework to assist practitioners in effectively investigating and analyzing human error in aviation. Coined the Human Factors Analysis and Classification System (HFACS), its framework is based on James Reason's (1990) well-known "Swiss cheese" model of accident causation. In essence, HFACS bridges the gap between theory and practice in a way that helps improvise both the quantity and quality of information gathered in aviation accidents and incidents.

The HFACS framework was originally developed for, and subsequently adopted by, the U.S, Navy/Marine Corps as an accident investigation and data analysis tool. The U.S. Army Air Force, and Costa Guard, as well as other military and civilian aviation organizations around the world are also currently using HFACS to supplement their preexisting accident investigation systems. In addition, HFACS has been taught to literally thousands of students and safety professionals through workshops and courses offered at professional meetings and universities. Indeed, HFACS is now relatively well known within many sectors of aviation and an increasing number of organizations worldwide are interested in exploring its usage. Consequently, the authors currently receive numerous request for more information about the system on what often seems to be a daily basis.