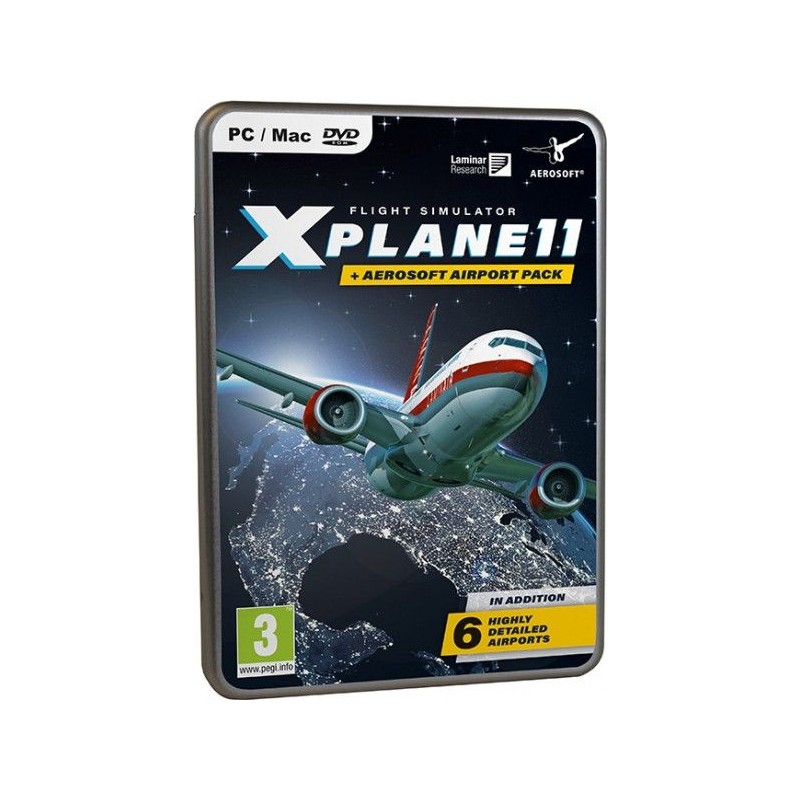 XPlane 11 is the latest version in the flight simulator series for Windows, Mac, and Linux systems. In this simulator, there is a whole world to discover. Thanks to its open structure, all users and enthusiasts can change every single part of it and adapt it to their preferences.

The 11th edition of XPlane offers a much more realistic and immersive experience. A new rendering engine makes the whole world appear in a new light – literally. Due to “Physically Based Rendering”, illumination and reflections behave in physically correct ways and change depending on viewing angle and the object’s surface. This technique works dynamically which means that graphical effects no longer have to be prerendered. It was also developed with very good performance in mind.

In the completely redesigned user interface, the control setup, aircraft, airports and weather options are now presented with a visual preview which makes editing them a breeze. The simulator can now be controlled much more intuitively thanks to this well-thought-out menu structure.

Furthermore, XPlane 11 features a brand-new sound engine that realizes 3D surround sound with high quality samples. This works on a global scale resulting in spatially correct audio placement of any aircraft and any object within the scenery while also taking the current location of the user into account. The sound engine is fully usable and extendable by third-party add-ons.

The content of XPlane 11 is also considerably expanded. Numerous new aircraft with 3D cockpits and extensive documentation are available to the virtual pilot; add to that more than 8000 3D-modelled airports, static aircraft and dynamic environments.

The global scenery sees new cities specific to Europe and North America and an update to its overall layout based on recent Open Street Map material.

Considering all this, XPlane 11 is the most modern flight simulator – still a simulation, but closer to reality than ever before!

- Intuitive user interface and controls setup with many hardware presets

- More than 8000 3D-modelled airfields all over the world

- Many city sceneries specific to Europe and North America

- US certification for flight school training

- Free disk space: 20 – 65 GB, depending on the number of installed world sceneries.