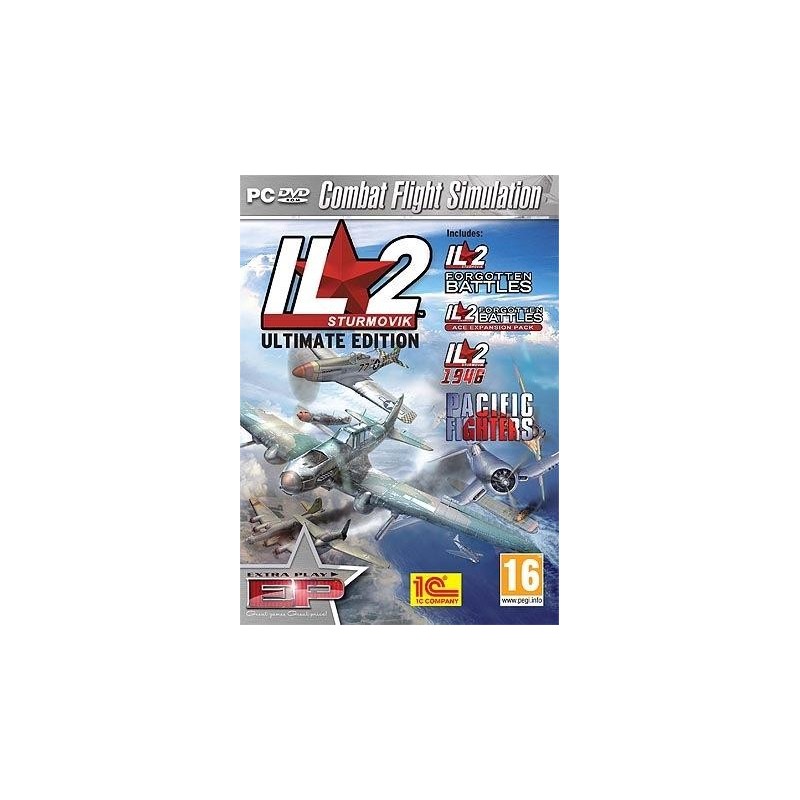 Prepare to take part in some classic aerial battles in IL-2 Sturmovik Ultimate Edition. Arguably considered to be one of the best World War II flight simulators, this edition includes the original game plus the following add-ons and sequels: IL-2 Sturmovik: 1946, the Ace expansion pack, Forgotten Battles and Pacific Fighters.

As you soar through the skies piloting a selection of historical aircraft, youll need to think fast as you undertake exciting campaign missions. Your services will be needed to take down enemy ground units, sink enemy ships and participate in thrilling aerial combat.

With a massive list of planes available in the game, each one will behave differently and affect your flying style and subsequently, how you plan to attack the enemy. Whether youre piloting a bomber, an aircraft that excels in machine gun weaponry or launching torpedoes at enemy ships, youll need to think carefully regarding how you operate each aircraft while also using aerial manoeuvres to avoid enemy fire.

Re-enact some of the most famous air battles in places like Pearl Harbour, Guadalcanal and Iwo Jima