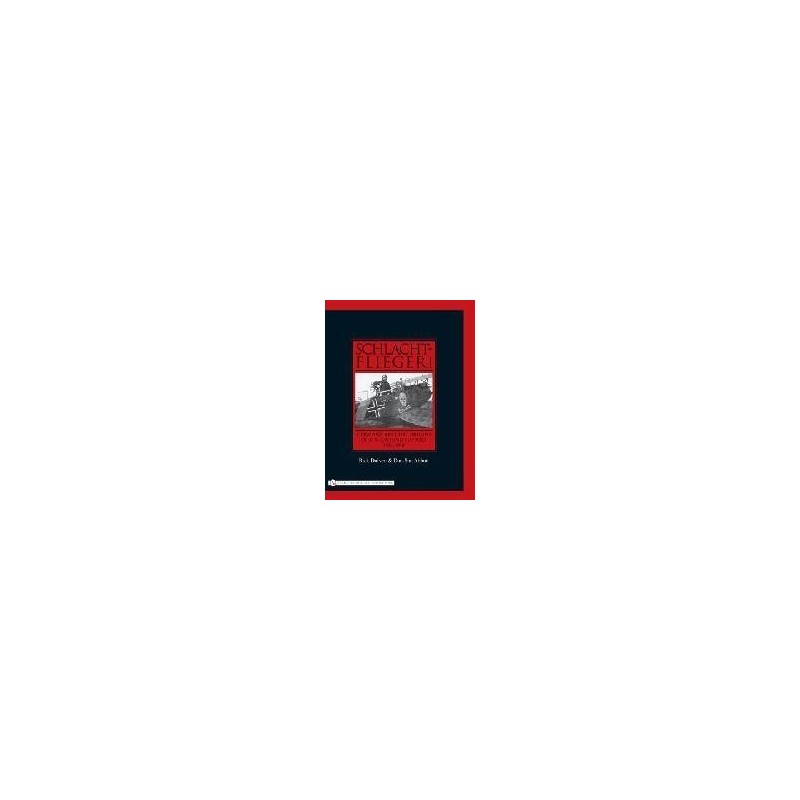 SCHLACHTFLIEGER! Germany and the origins of Air/Ground Support 1916-1918.

- Many books have been written detailing the career of the German World War I fighter pilots, especially the aces and the Pour le Mérite winners. However, little material can be found on the two-seater units and little or nothing on the Schutzstaffeln/Schlachtstaffeln. This book presents, in words and pictures, the history of the Schutzstaffeln from their formation as escort aircraft, to their being renamed Schlachtstaffeln and their role as infantry support aircraft. Participating in all the major German offenses on the Western Front in 1918, and manned mainly by enlisted pilots and gunners, these units became the first true close air support squadrons. This book also presents a detailed description of the aircraft used by these units, including their power plants and armaments. A high point is a detailed color section illustrating the schemes of typical Schutzstaffel/Schlachtstaffel aircraft, which concentrates on both individual as well as squadron markings. This also includes the camouflage schemes used by the various aircraft manufactures. An added bonus for the aviation historian is a near complete compilation of the crew members, airfields, Schlachtgruppe formations, and combat logs of these thirty-eight units.

SCHLACHTFLIEGER! Germany and the origins of Air/Ground Support 1916-1918.