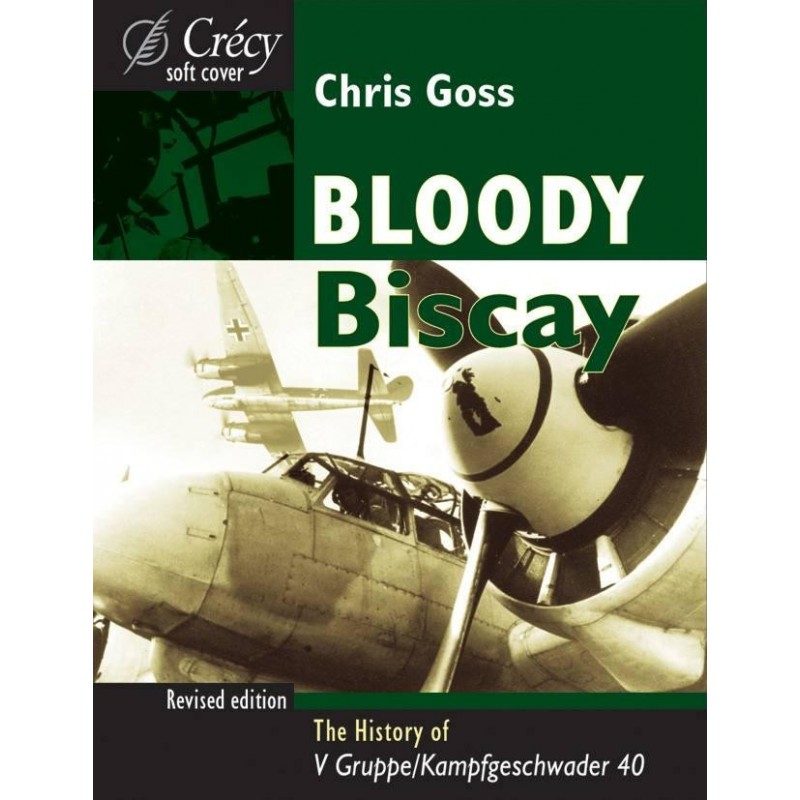 Using personal accounts from both German and Allied survivors, Bloody Biscay relates the initial tribulations of the unit, the height of its success in spring and summer 1943, its battles against overwhelming odds and its eventual annihilation over the Normandy beaches in June 1944. The attack in which the famous British actor, Leslie Howard perished is also described, clarifying the facts surrounding one of the more enduring mysteries of WWII.

Comprehensive appendices include the Units commanding officers, known aircrew and all the units known kills provide a graphic insight into the activities of V/KG 40.