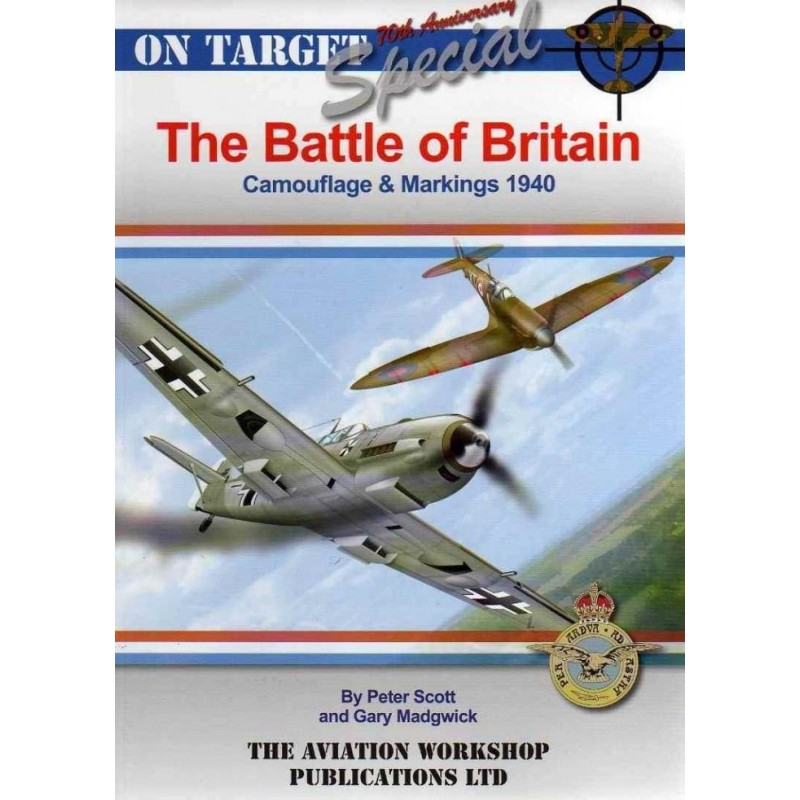 THE BATTLE OF BRITAIN. Camouflage & Markings 1940.

This On Target 70th Anniversary Special, first published in the autumn of 2010, features one of the most famous periods in British aviation history, the summer and early autumn of 1940, when RAF Fighter Command and the German Luftwaffe battled for air superiority over the English Channel and the south eastern part of the British Isles.

Mainstreaming on the main period, from 10 July to 31 October 1940, the book also goes back to the beginning of World War Two, covering the Phoney War and then the Battles of France and the Low Countries, before dealing with the Battle of Britain proper, which went through a series of marked phases, all of which are covered in detail, and show the development of the camouflage schemes and markings carried by all the combatants, including the French Armée de lAir, Italian Regia Aeronautica, RAF Bomber Command and the Royal Navys Fleet Air Arm, in over 100 pages of profile and 4-view full colour illustrations.

THE BATTLE OF BRITAIN. Camouflage & Markings 1940.