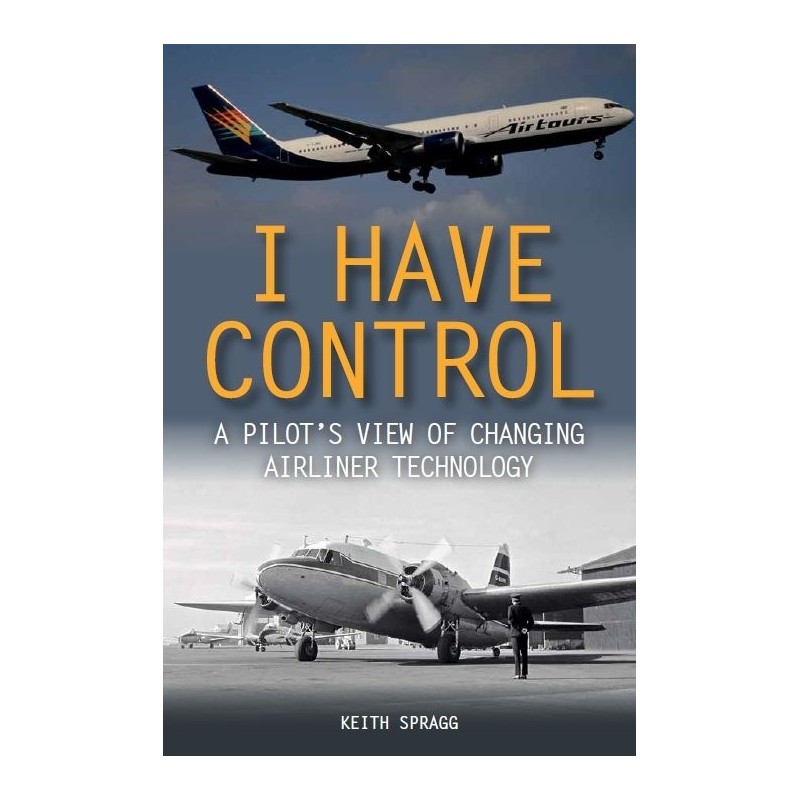 I HAVE CONTROL. A Pilot's view of changing Airliner Technology.

Between 1967 and 1997 Keith Spragg progressed from the greenest new co-pilot on a piston-engined Vickers Viking to a fully qualified jet captain. He then went on to become an experienced pilot trainer and examiner. The story of that journey, told in I Have Control, is a personal one but is also part of the wider story of airline development. Keith witnessed many changes and it was not only the aircraft that changed; the training, attitudes and culture of airline pilots themselves were transformed over that period.

Under the day-to-day demands of disrupted rosters and unsociable hours, the moments of humour and the need to squeeze as much fun as possible out of every day, the significance of these changes was not always obvious. Now, with time to reflect, the small boy's fascination with flight lives on. While the job changed, the rewards, the comradeship and the sense of privilege continued. But now Keith asks tough questions about the application of technology. Is the modern flight deck fit for purpose? Have we sacrificed skill on the altar of technology? How should the industry respond to the prospect of artificial intelligence and pilotless airliners?

I HAVE CONTROL. A Pilot's view of changing Airliner Technology.