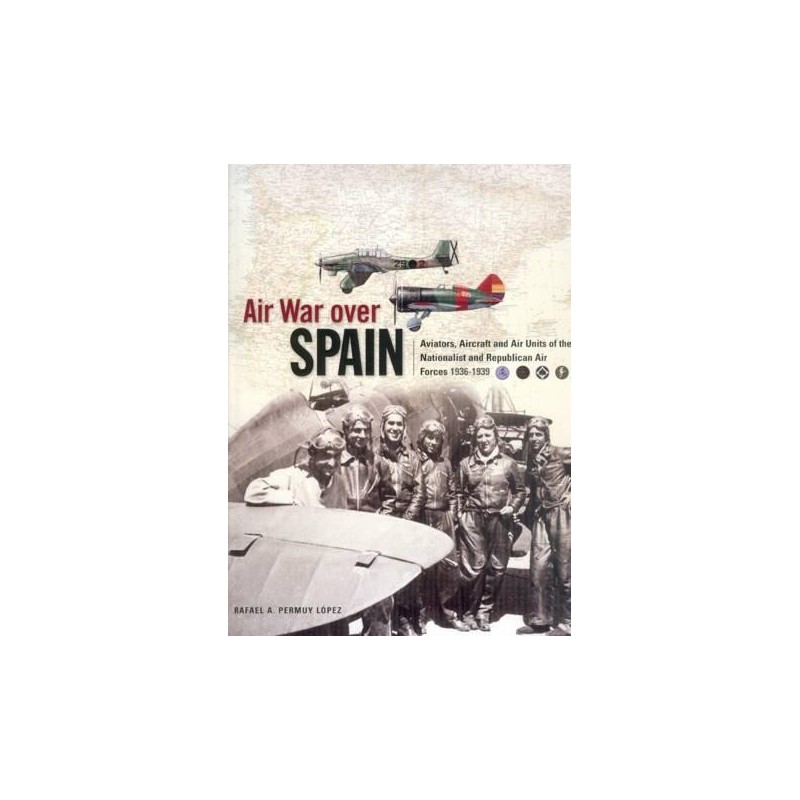 AIR WAR OVER SPAIN. Aviators, Aircraft and Air Units of the Nationalist and...

The Nationalists fielded Heinkel, Fiat and Messerschmitt fighters and Heinkel, Caproni, Savoia-Marchetti, Junkers and Dornier bombers. These forces entered into a grinding battle of attrition over the less-organised but fiercely motivated Republican air arm over Aragon, the Jarama, and Madrid Fronts and later over Brunete, Belchite, and the final campaign over the Ebro late in 1938. The Republicans were equipped with Soviet-built Polikarpov, Nieuport, Hawker and Dewoitine fighters and Potez and Tupolev bombers. These aircraft were often colourful and adorned with vivid markings, and these are beautifully illustrated in this new volume provides a complete analysis of every aspect of the air campaigns fought during the Spanish Civil War. 17 colour profiles. 207 b/w photos. 96 pages. Softback

AIR WAR OVER SPAIN. Aviators, Aircraft and Air Units of the Nationalist and...