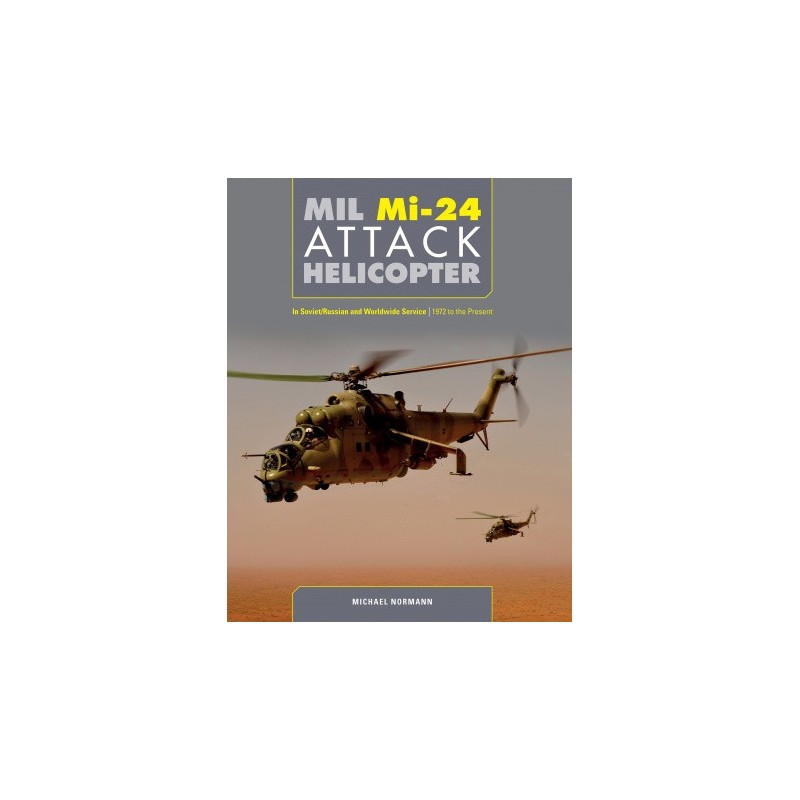 MIL Mi-24 ATTACK HELICOPTER. In Soviet/Russian and Worldwide Service. 1972 to the Present.

The Mil Mi-24 Soviet/Russian gunship and attack helicopter has been in continuous combat service since its first appearance in the early 1970s. Its impressive performance, ability to transport fully armed troops, and imposing armament soon earned the Mi-24 the nickname “Crocodile” and have made the big helicopter an opponent that is still feared to this day. The Mi-24’s technical, developmental, and operational details, as well as upgrades and variants, all are discussed here. Included are discussions of all versions, armament, radio, radar warning and navigational equipment, and defense systems. Tactics and operations are also presented, with special emphasis on the Mi-24’s service in Afghanistan from 1979 to 1989. Worldwide use by over 30 countries includes the air forces of Angola, Brazil, Cuba, India, Iraq, North Korea, Syria, Vietnam, Yemen, and others.

MIL Mi-24 ATTACK HELICOPTER. In Soviet/Russian and Worldwide Service. 1972 to the Present.