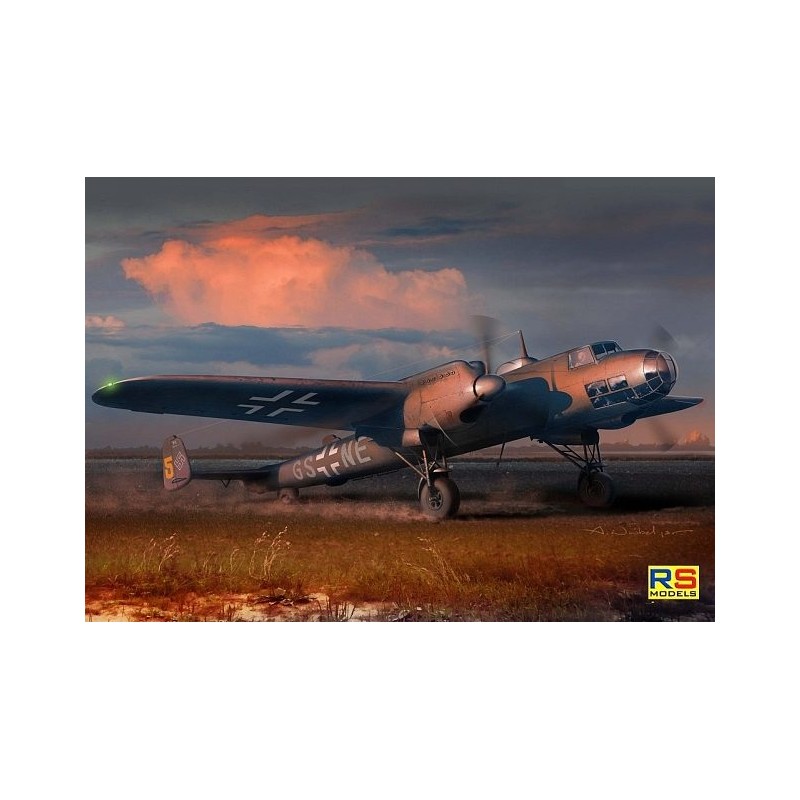 The Dornier Do 17, sometimes referred to as the Fliegender Bleistift ("flying pencil"), was a World War II German light bomber produced by Claudius Dornier's company, Dornier Flugzeugwerke. It was designed as a Schnellbomber ("fast bomber"), a light bomber which, in theory, would be so fast that it could outrun defending fighter aircraft. The Dornier was designed with two engines mounted on a "shoulder wing" structure and possessed a twin tail fin configuration. The type was popular among its crews due to its manoeuvrable handling at low altitude, which made the Dornier capable of surprise bombing attacks. Its sleek and thin airframe made it harder to hit than other German bombers, as it presented less of a target.