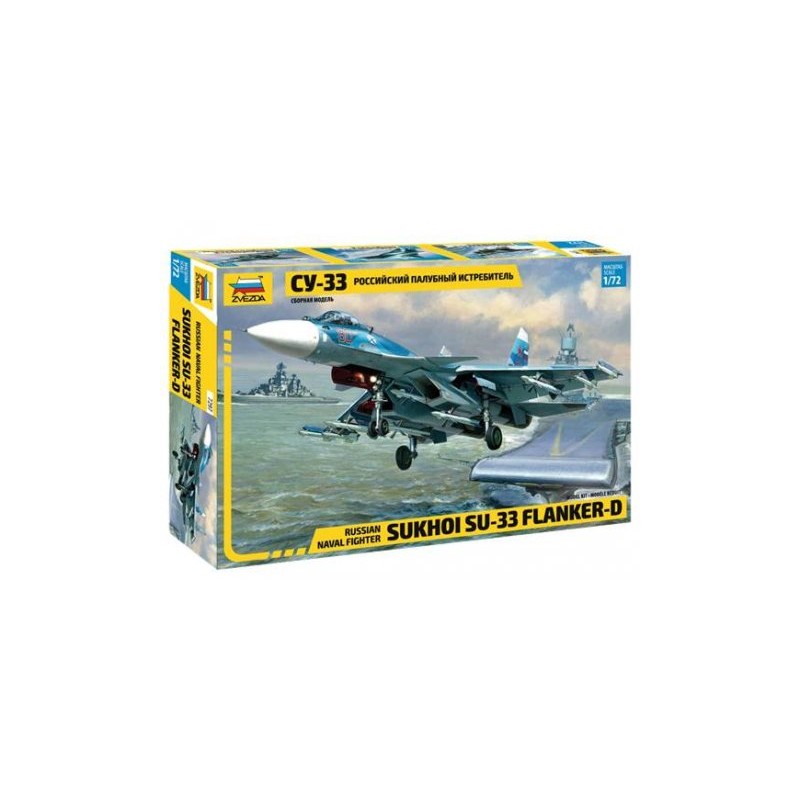 Su-33 (factory code T-10K, initially known as the Su-27K, NATO-codename: Flanker-D) is a Russian fourth-generation carrier-based air superiority fighter developed for the Russian Navy. The fighter officially entered service in summer of 1998: by that time it had already been improved for 9 years. A series of unsuccessful experiments allowed to create the first domestic production aircraft, able to land on the deck of an aircraft carrier. Compared with the prototype, the Su-33 has larger folding wings, up-to-date navigation equipment, higher thrust to weight ratio, increased weapons load, and is air refuelable. Due to these unchallenged advantages the Su-33 became the most powerful ship-based fighter in the world. Actually it is in service with the Russian "Admiral Kuznezow" heavy aviation cruiser.