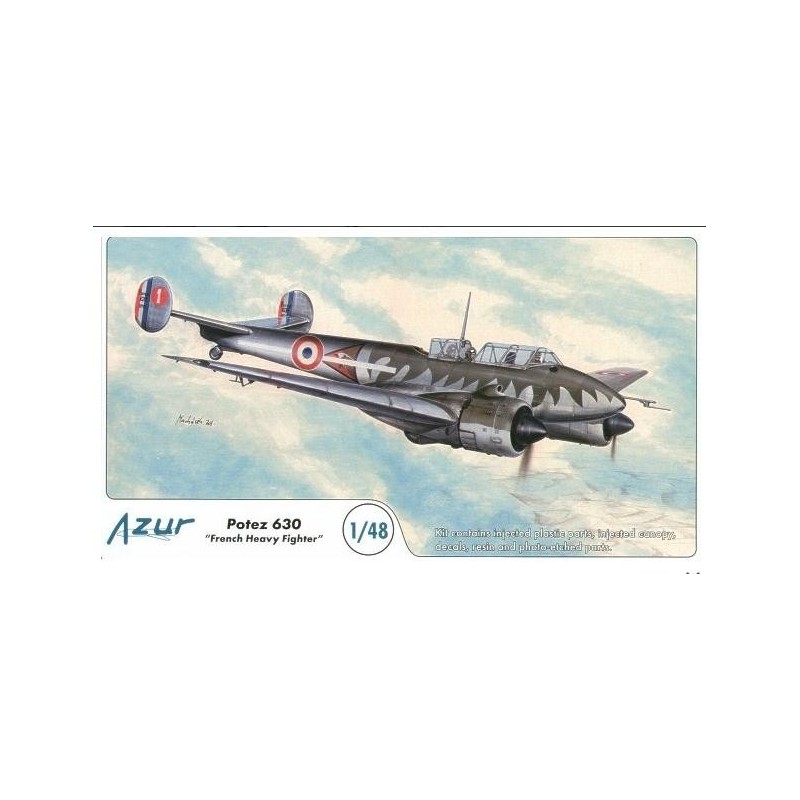 Molded in MPM's usual semi-soft medium grey plastic, the kit has nicely engraved surface detail and offers somewhat thick, but equally well molded clear parts. The canopy is a single piece so those wishing to open it to show interior detail will have to cut it. There are the usual injector towers in the large pieces, but easy enough to remove. I did find some sunken in areas, especially large on the one-piece fin/rudders. The kit has a lot of rather fragile looking bits and pieces so one needs to exercise caution to prevent many of these from being broken.

Interior is well appointed with the usual seats and photo-etched belts. Sidewall framing is present and several of the resin parts fit along this part of the airframe. Landing gear are rather complex so care is needed here as well. The long, one piece lower wing already has the dihedral built into it, making wing angles easy to maintain. There are nicely done wheel wells, allowing the gear to be installed after the majority of the kit is painted.

Resin engines are provided and need to be built up with a crankcase and separate cylinders. I realize this makes for a cleaner looking engine than most one-piece castings, but it still requires care to keep things properly aligned. No exhaust manifold is provided as one cannot see in the back of the two piece cowlings. The lone option is a choice of a single piece cannon housing for the Swiss planes or smaller, separate housings for the French variant.

Instructions are well done showing where all the bits go and any colors needed. Markings are for four aircraft. Two are French, including the box art aircraft from GC I/5 in 1940 in overall aluminum with khaki painted over the center section. The GC II/1.3 plane, also from 1940, is painted khaki upper with sky grey-blue undersides. There are two Swiss planes in the same colors as the latter French aircraft. The second Swiss plane has the large red and white bands and white cowling, a much more colorful scheme, but one that requires a lot more painting. Decals are very nicely printed and should provide no problems aside from being quite thin.