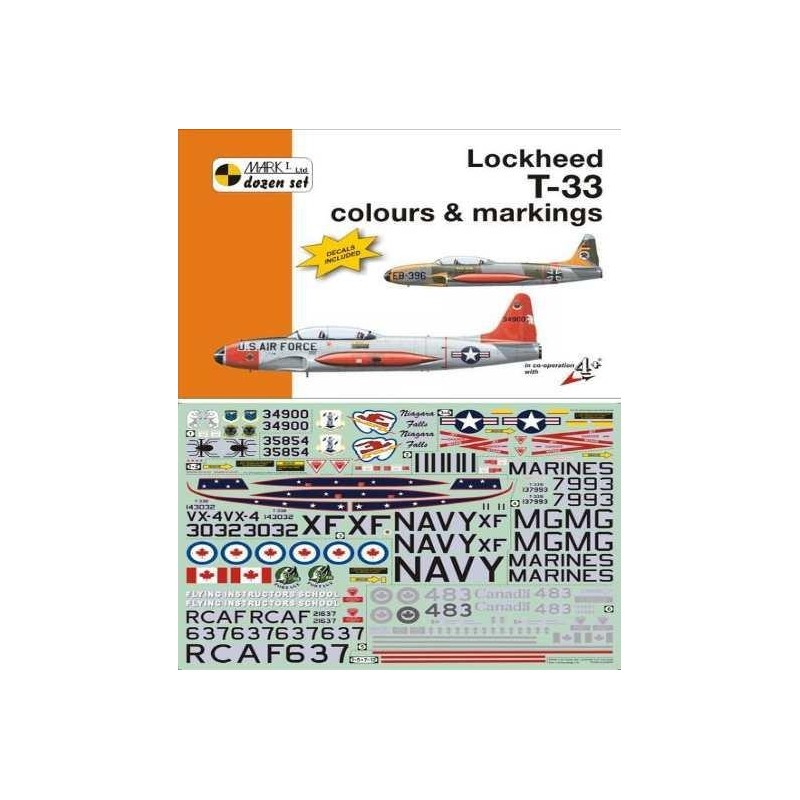 The "Dozen Set" line of handbooks is aimed especially at scale modellers. Each title describes twelve particular aeroplanes, documented by period photos and also brings useful detailshots which can be utilised in finishing the models. Each publication has 28 pages, including a total of 49 overall and detailed photographs, 12 pages with colour camouflage schemes and their description. Text in English. A comprehensive decal sheet is added for modellers convenience.

Following aircraft are depicted on each decal sheet:

Three variants of this title are available, one including 1/32 scale decal sheet